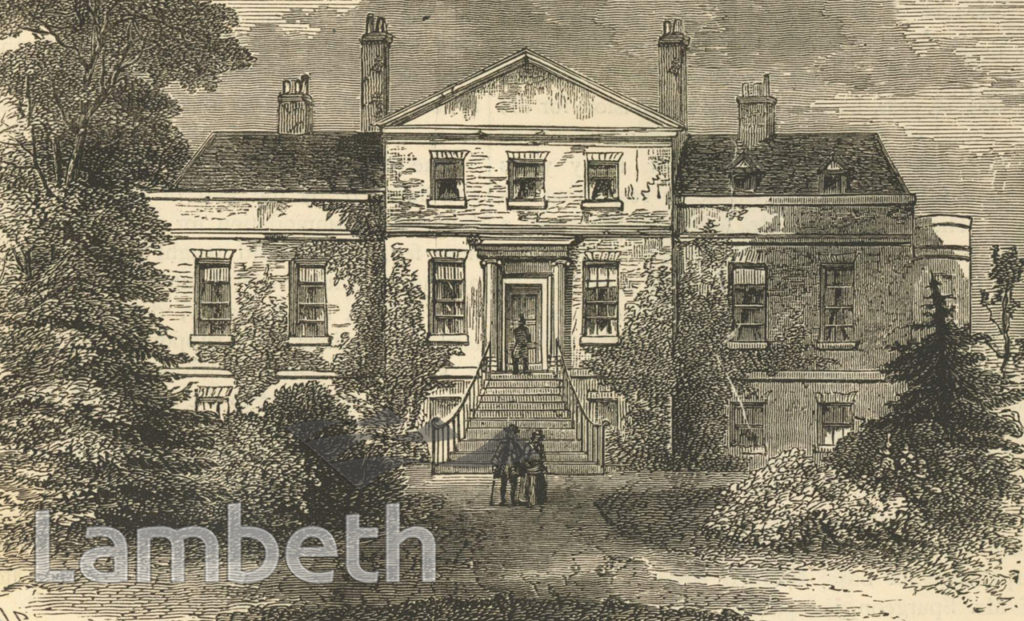 An engraving titled 'Stockwell Manor House 1750', from London Old & New by Edward Walford, published 1878-80. The house depicted was built on the site of the original manor in the 18th century.Ref: London Old & New 6