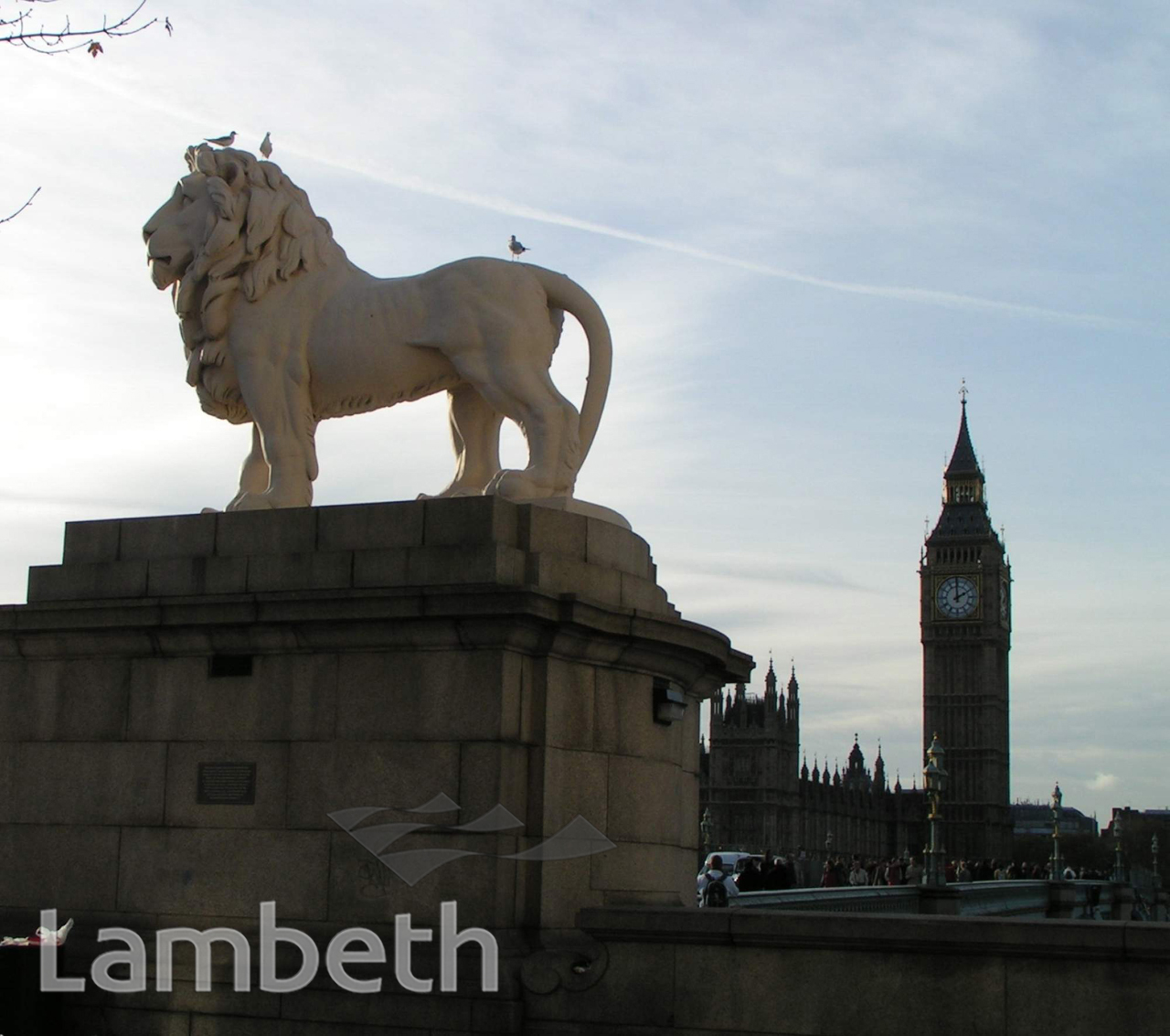 The South Bank Lion was made from Coade stone in 1837 and was originally positioned on top of the Red Lion Brewery (now the site of the Royal Restival Hall). When the brewery was demolished during 1950's, the lion was placed outside Waterloo station. In 1966 it was moved to its present position on the south side of Westminster Bridge. Digital image courtesy of Penelope Gretton, 2005.
#1976 to date  #BRIDGES  #Penelope Gretton Collection  #Photograph  #STATUES AND MEMORIALS  #WATERLOO
⇐FORMER MOMI BUI...