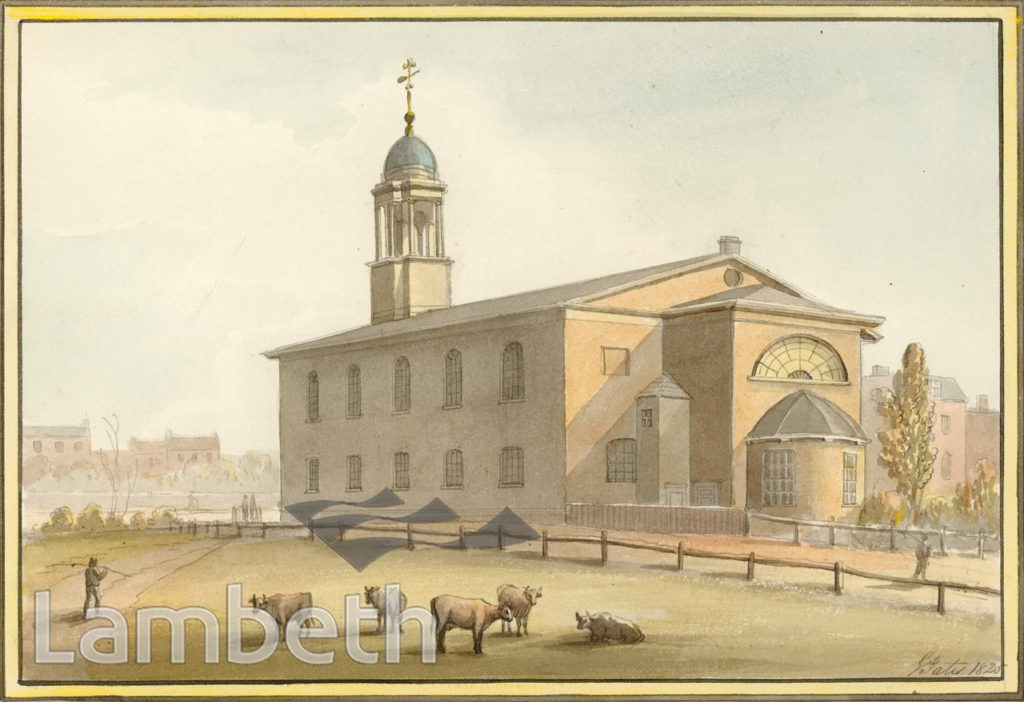 Cows in a field next to the South Lambeth Chapel in South Lambeth Road. The chapel was built in 1793 on land leased from John and Sarah Bond. The cost of Â£3,000 was funded by selling shares entitling the holder to four seats, with the remaining seats being leased to those approved of by the governing body. However, the arrival of the railway to Nine Elms and the Phoenix Gas Company made the area less desirable to wealthy parishioners and the chapel's fortunes declined. It was badly damaged by fire in 1856 but reconsecrated as St. Anne's in 1869. The church was enlarged in 1876 to the designs of R Parkinson, but damaged by a bomb in 1941.Watercolour by G Yates, dated 1825.Ref: LP12/713/1.ANN