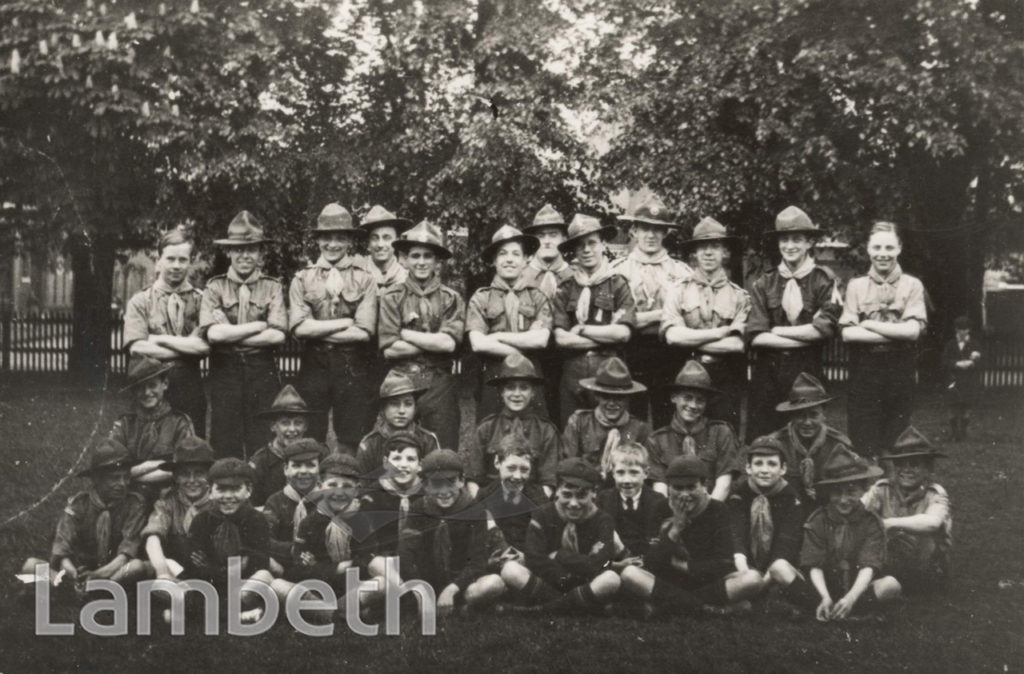 The 12th South Lambeth Scout and Cub Group in Brockwell Park in 1928. The Group met regularly in the Dulwich Road Methodist Mission Hall and was founded c.1925 by Harold Holden. He was Scout Master until 1936 and after the war refounded the group and became its Treasurer. Ref: P1/90/Ref: SP4081