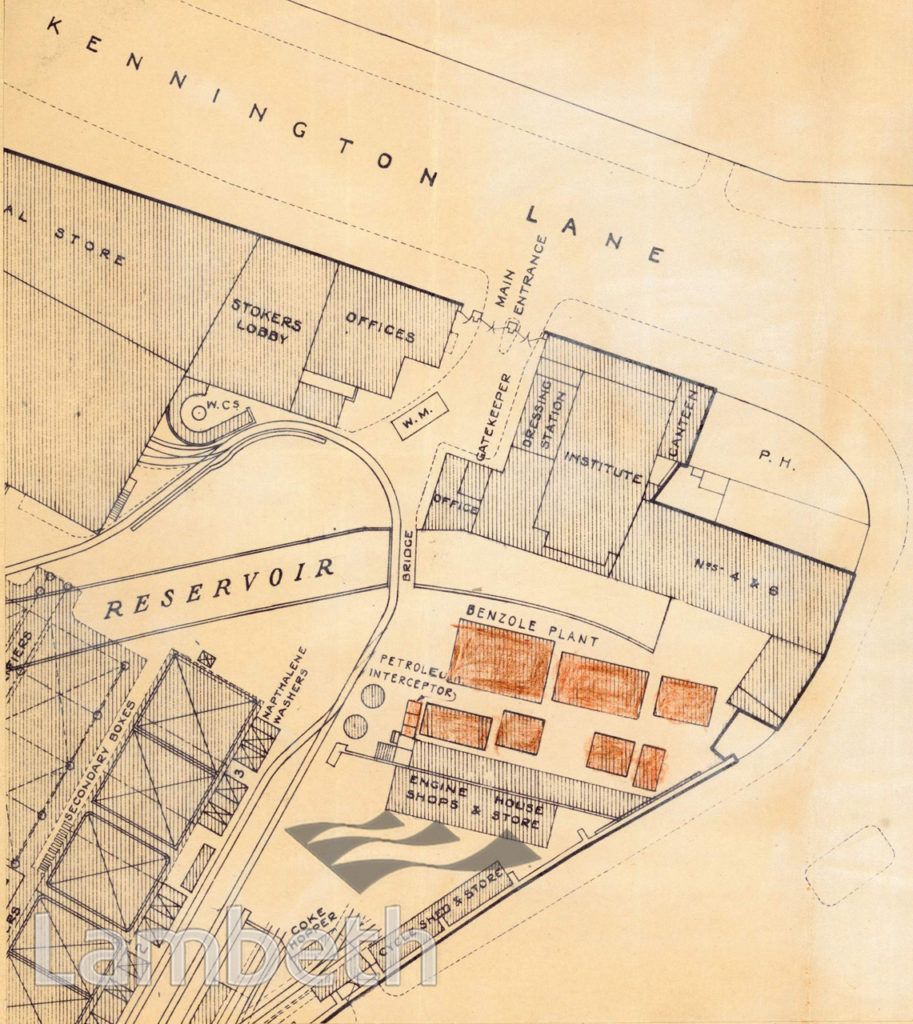 Area plan including the drainage system for the wartime Benzole plant at the South Metropolitan Gas Company, Kennington Lane (later Bridgefoot), Vauxhall. The River Effra, running through the site, has been dammed to create a reservoir of water for emergency use during World War II. Also shown is the Bridgefoot public house and a works cycle shed. Dated 19th January 1940.From Drainage Records.Ref: LBL/DCEPS/DRG/773