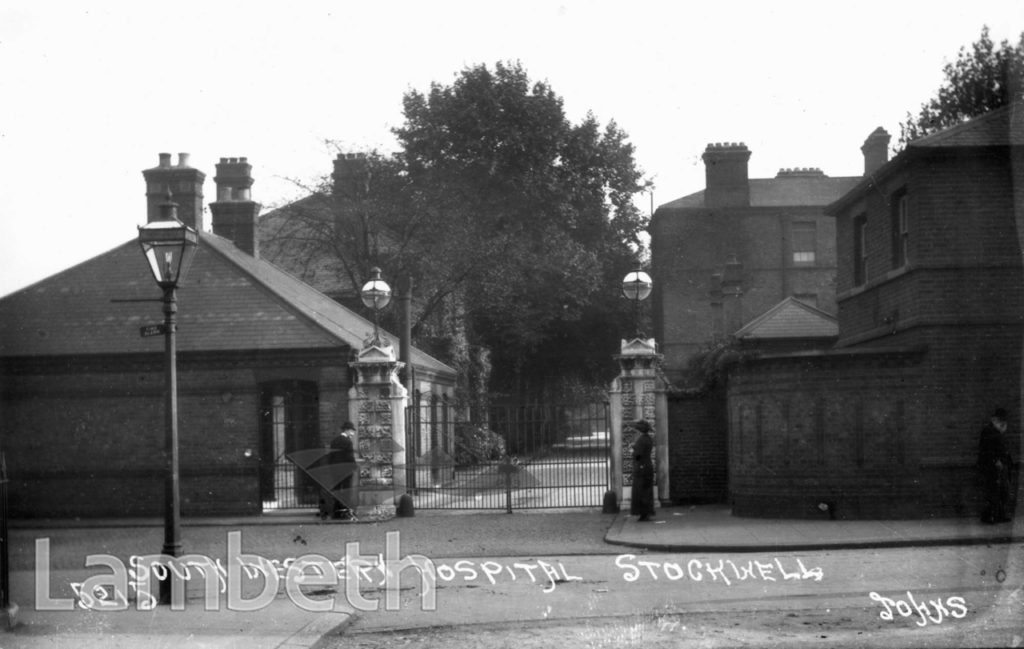 Entrance gates to the South Western Hospital in Landor Road, Stockwell. The hospital was built in 1869-70 as two linked groups of buildings by the architects Thomas Henry Wyatt and Frederick Marrable. It opened in 1871 as the South Western Fever Hospital for patients with fever, smallpox and other infectious diseases. It was used for air raid casualties during World War II and was mostly demolished in the early 1990s.A Johns postcard.Ref: SP1096