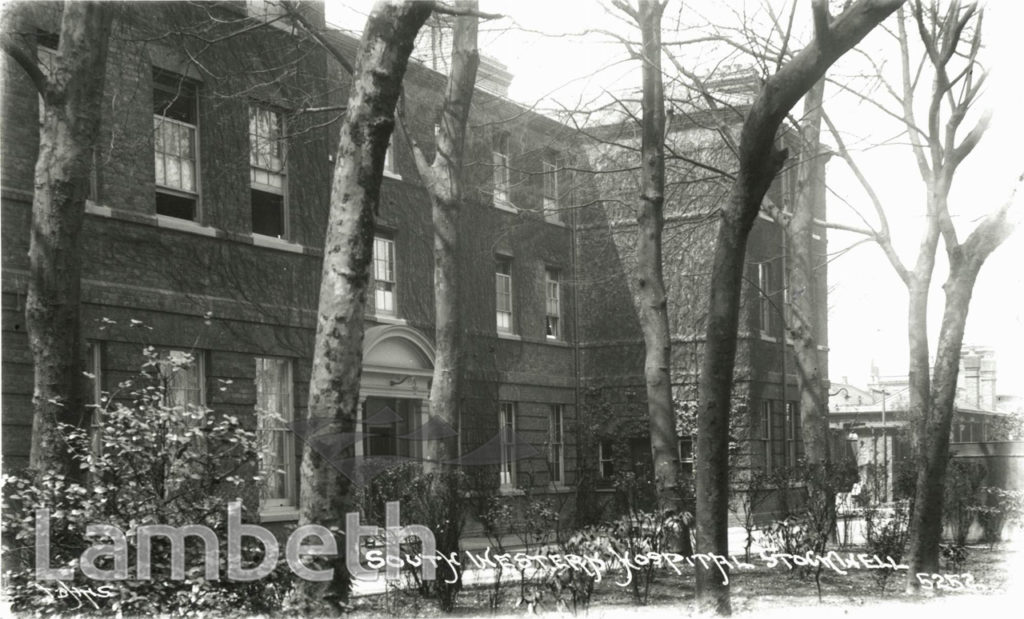 Opened in 1871 as the South Western Fever Hospital to house fever and smallpox patients, the hospital consisted of many separate buildings designed by the architects Thomas Henry Wyatt and Frederick Marrablebetween Landor and Pulross Roads. These included a large purpose built isolation block which suffered extensive bomb damage during the World War II. Most of the buildings were demolished when the hospital was modernised in the early 1990s, and reopened as the Lambeth and Maudsley N.H.S.Trust. Ref: SP1378