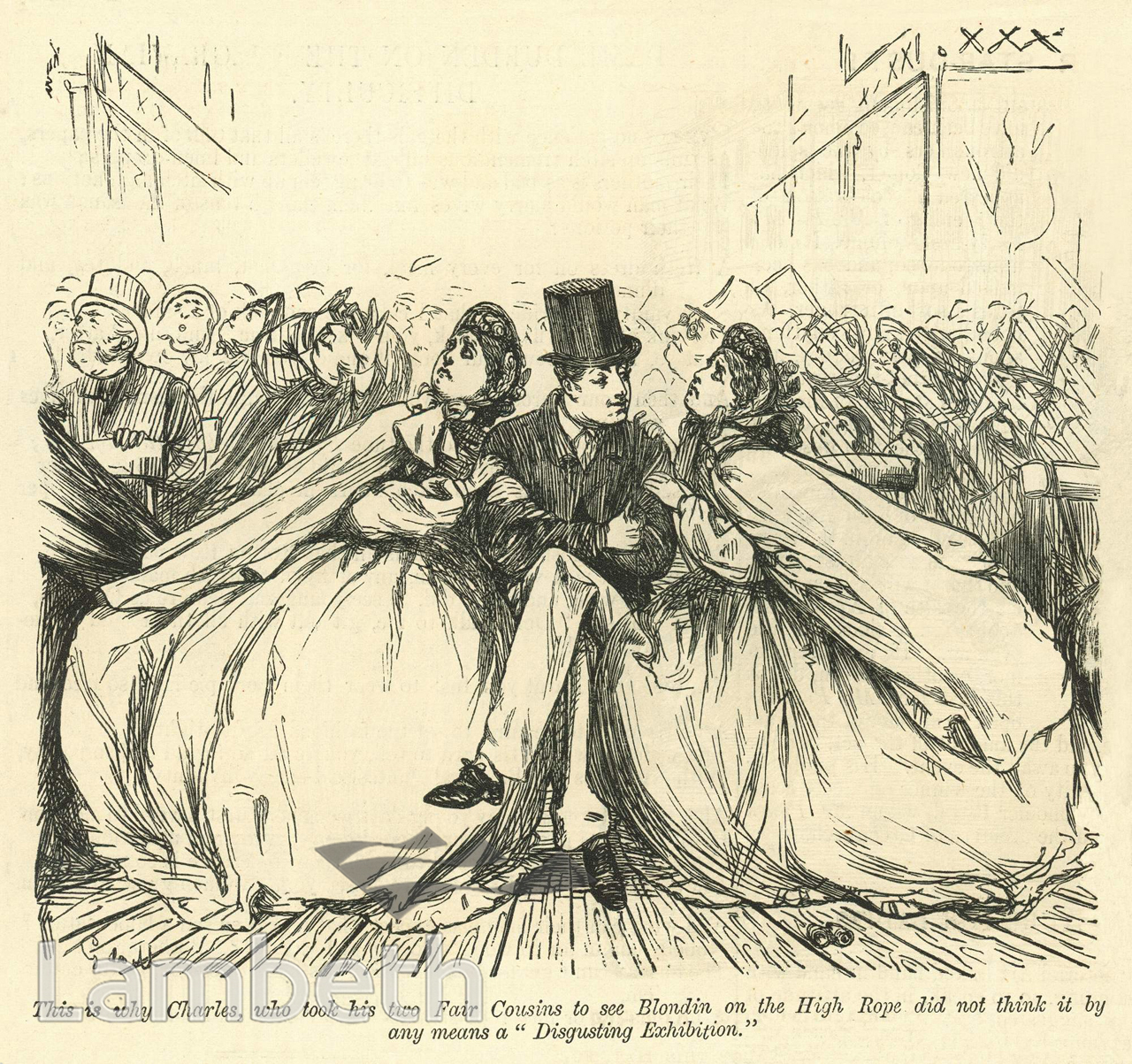 Spectators viewing Blondin's tightrope walk at the Crystal Palace. The 'disgusting exhibition' referred to in the caption was when he pushed his 5-year old daughter in a wheelbarrow across the transcept as she scattered rose petals onto the crowds below. The audience and press were outraged at his indifference towards the child's safety and the Home Secretary had to step in to forbid repeat performances. Jean FranÃ§ois Gravelet (1824-1897) was French born and took the name Blondin from the owner of the first circus to employ him (later becoming 'Chevalier Blondin or 'The Great Blondin'). He achieved fame in 1859 by walking on a tightrope across the gorge at Niagara Falls, a feat he repeated another 16 times. He appeared at Crystal Palace in 1862-63 and was paid Â£1,200 for the twelve performances. Later in his life in 1887, he appeared on a tightrope at Carroun House Gardens in South Lambeth Road at an event organised by Mr J. Wright of The Lawns. He died in Ealing and is buried in Kensal Rise Cemetery.
#1850 - 1875  #BLONDIN  #ENTERTAINMENT  #People  #Print  #Punch Magazine  #UPPER NORWOOD
⇐DERBY DAY CROWD...