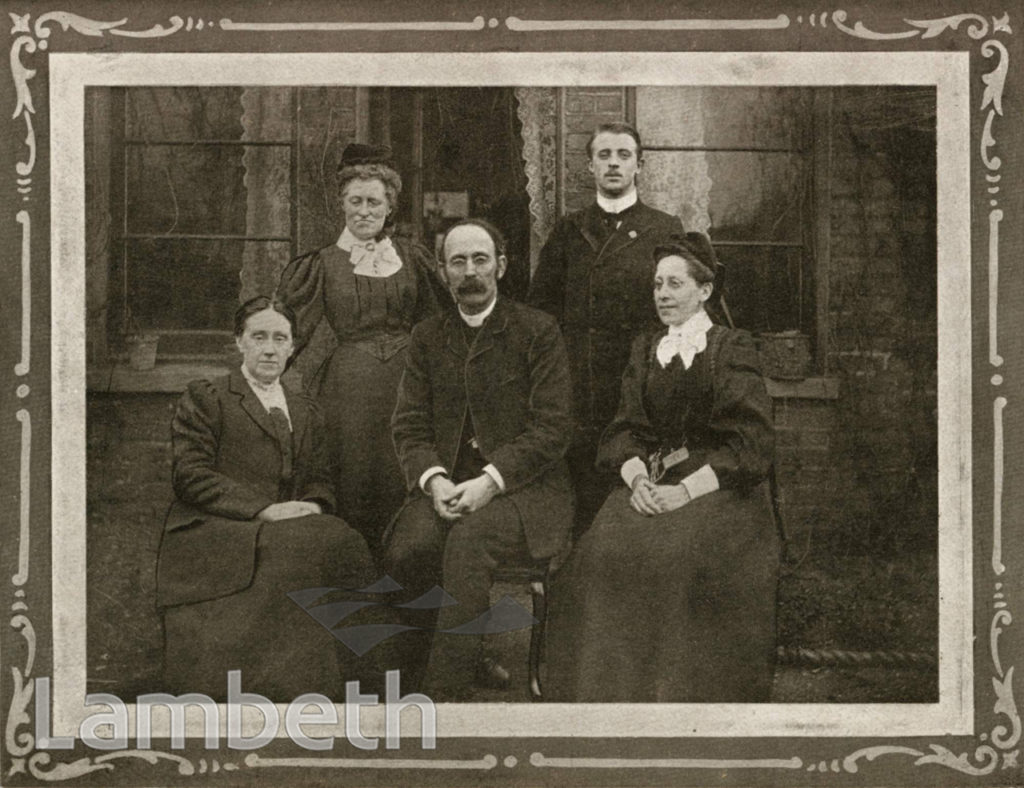 The staff of the Springfield Methodist Mission in the Wandsworth Road, South Lambeth. This Wesleyan Mission was based in Springfield Hall and the staff in the photograph are: Superintendent, Rev. James Doran; Lay Agent, Mr C.S. Hunt and Sisters of the People, Sister Hettie, Sister Emma. George Whitley was appointed in 1900 to a piece of waste ground in the Wandsworth Road and the old Clifton Street Chapel. The Hall was first opened in March 1902 and by 1907, had been extended twice. Institutions set up within included: a Boy's Brigade, Cripples' Parlour, St John Ambulance Class and a Public House Brigade, 'to rescue some of their less fortunate brothers from the thraldom of the drink fiend.'Ref: 2007/6