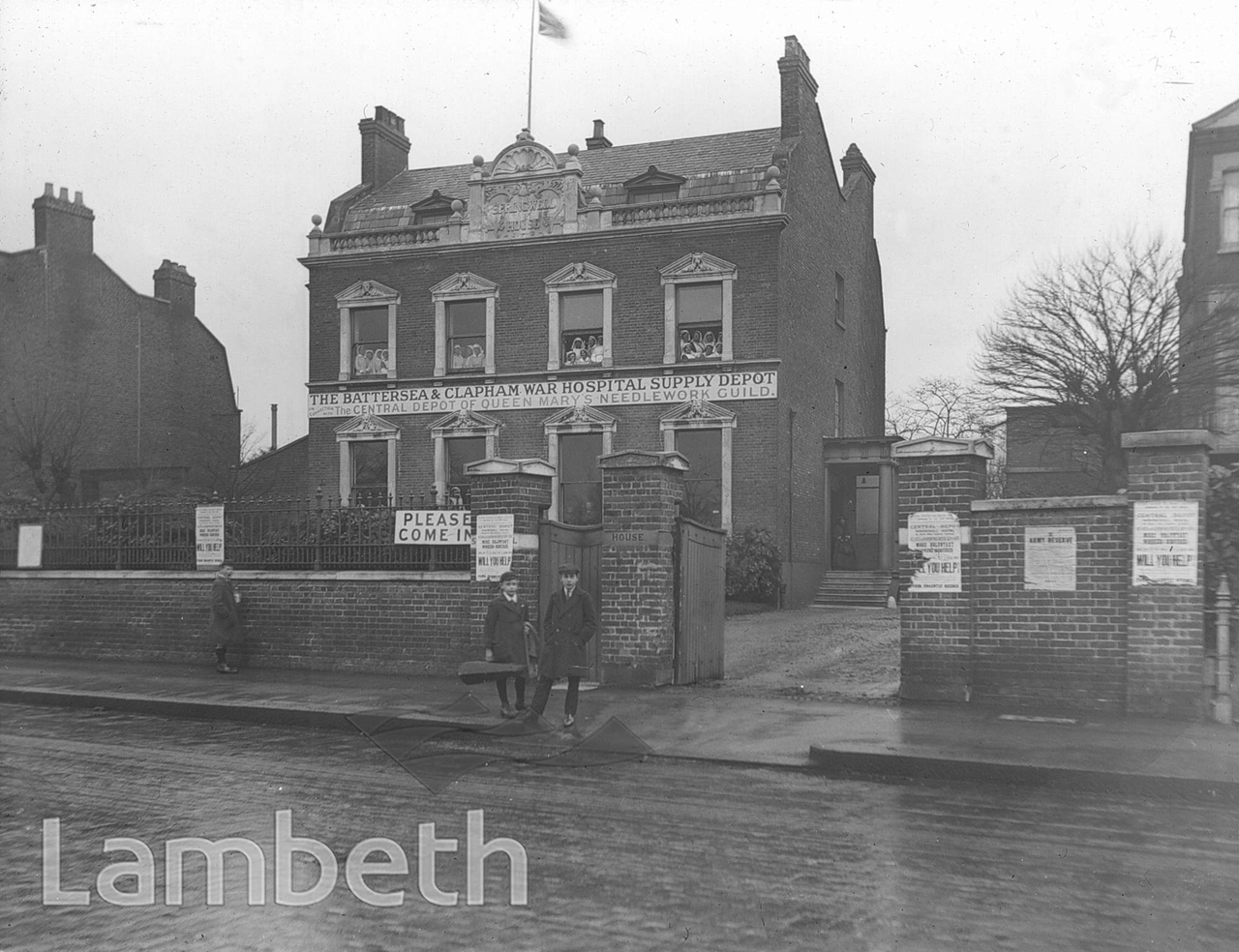 Springwell House (now No.80) Clapham Common North Side was built in 1819 for Roger Lee, Overseer of the Surrey Highways. Seen here with nurses at the windows when it was the Battersea and Clapham War Hospital Supply Depot during World War I. It became an open-air school for children with tuberculosis in 1919-39, and is now Parkgate House School. Scan of a negative by photographer W.P.Young, from the Clapham Antiquarian Society.
#1901 - 1925  #BUILDINGS / ARCHITECTURE  #CLAPHAM  #Clapham Antiquarian Society  #HEALTH  #HOUSING  #Photograph  #WAR AND ARMED FORCES
⇐INTERIOR, CLAPH...