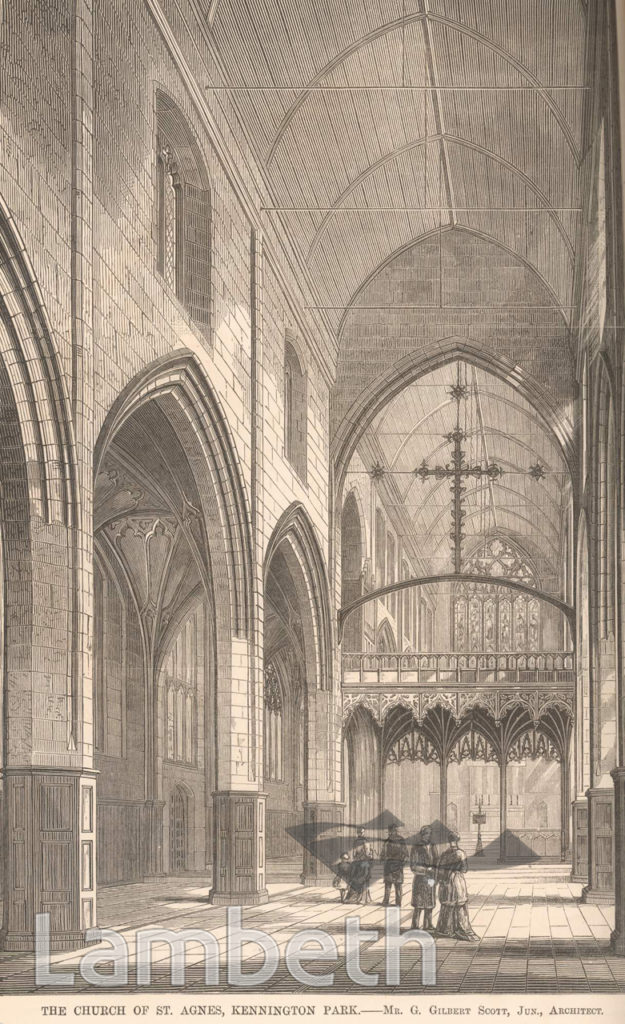 Interior of St Agnes church next to Kennington Park, consecrated by the Bishop of London in 1877. It was built to the designs of George Gilbert Scott Jnr at a cost of Â£13,000 and seated 1,200. The finishing of the church and adjacent vicarage, was by Higgs & Hill of South Lambeth. The church was bombed in 1941 during WWII losing the roof, but the decision was taken afterward to rebuild rather than repair despite a campaign led by John Betjeman and Stephen Dykes Bower. Ref: The Builder Vol.35, p.686, 7th July 1877