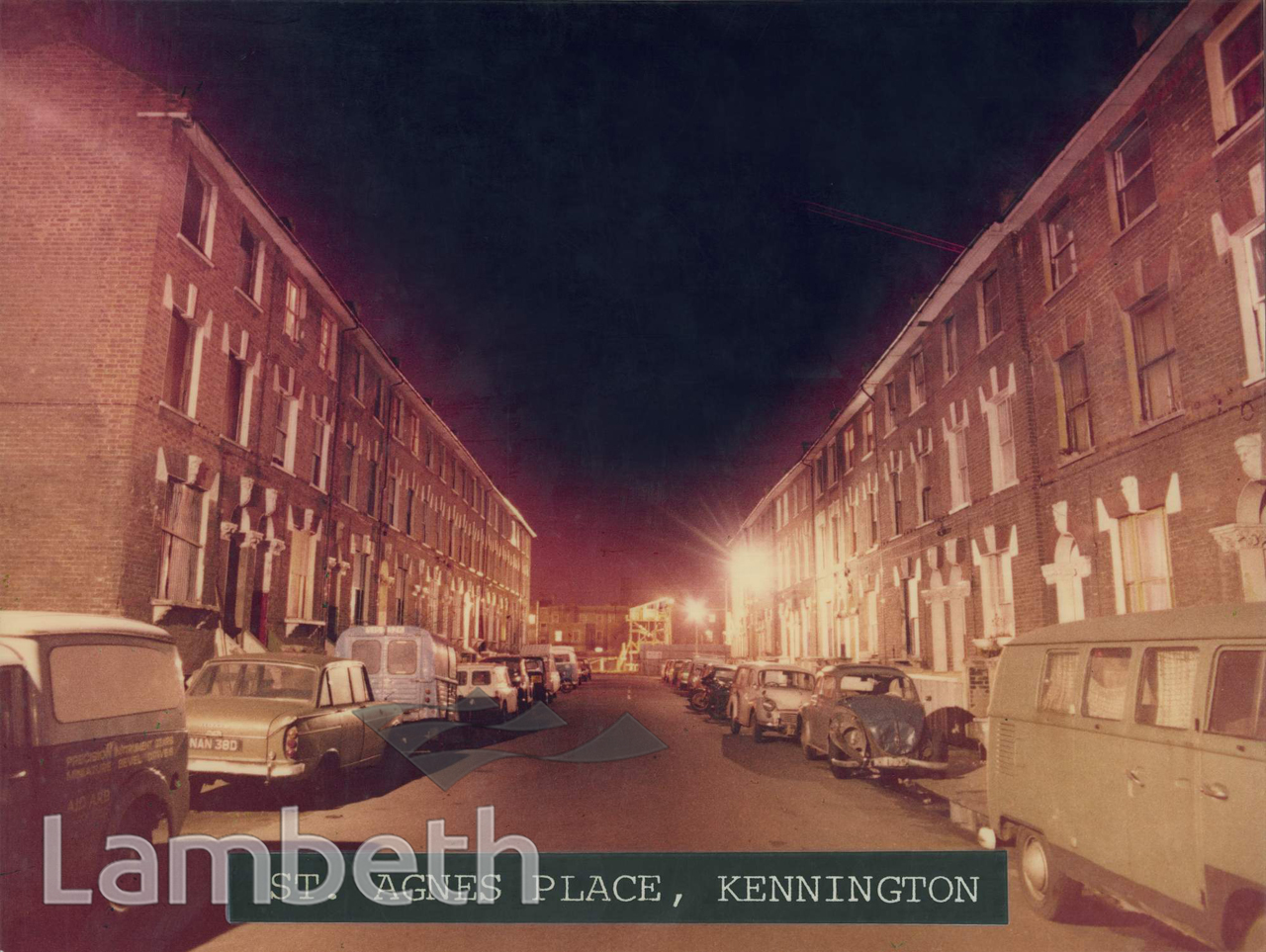 St Agnes Place, Kennington. Image captioned; 'In April 1976 there were over 5,000 squatters in Lambeth. Some of the more dramatic struggles against needless demolition and anti-social planning took place here, such as in St Agnes Place and Villa Road. St Agnes place was first squatted in 1974. In January 1977 Lambeth Council attempted to demolish the whole street. St Agnes Place Street Group....erected barricades to protect the houses and finally obtained a High Court injunction to stop the demolition in its tracks. As the Labour right on the Council were ousted by the left, squatters began to win concessions.....St Agnes Place remains a successful squat, a would be co-operative and according to the planners, up for demolition in 1982'. However, with much political to-ing and fro-ing over the next 20 years, the Victorian terraces were mostly demolished and replaced with open spaces, a car park and some new housing. From 'As Safe As Houses', an exhibition on short-life housing in Lambeth put together in 1981 by Julian Quan, photographs by Peter Murphy.
#1976 to date  #BUILDINGS / ARCHITECTURE  #Carlton Mansions Archive  #HOUSING  #KENNINGTON  #People  #Photograph
⇐CORONATION BUIL...