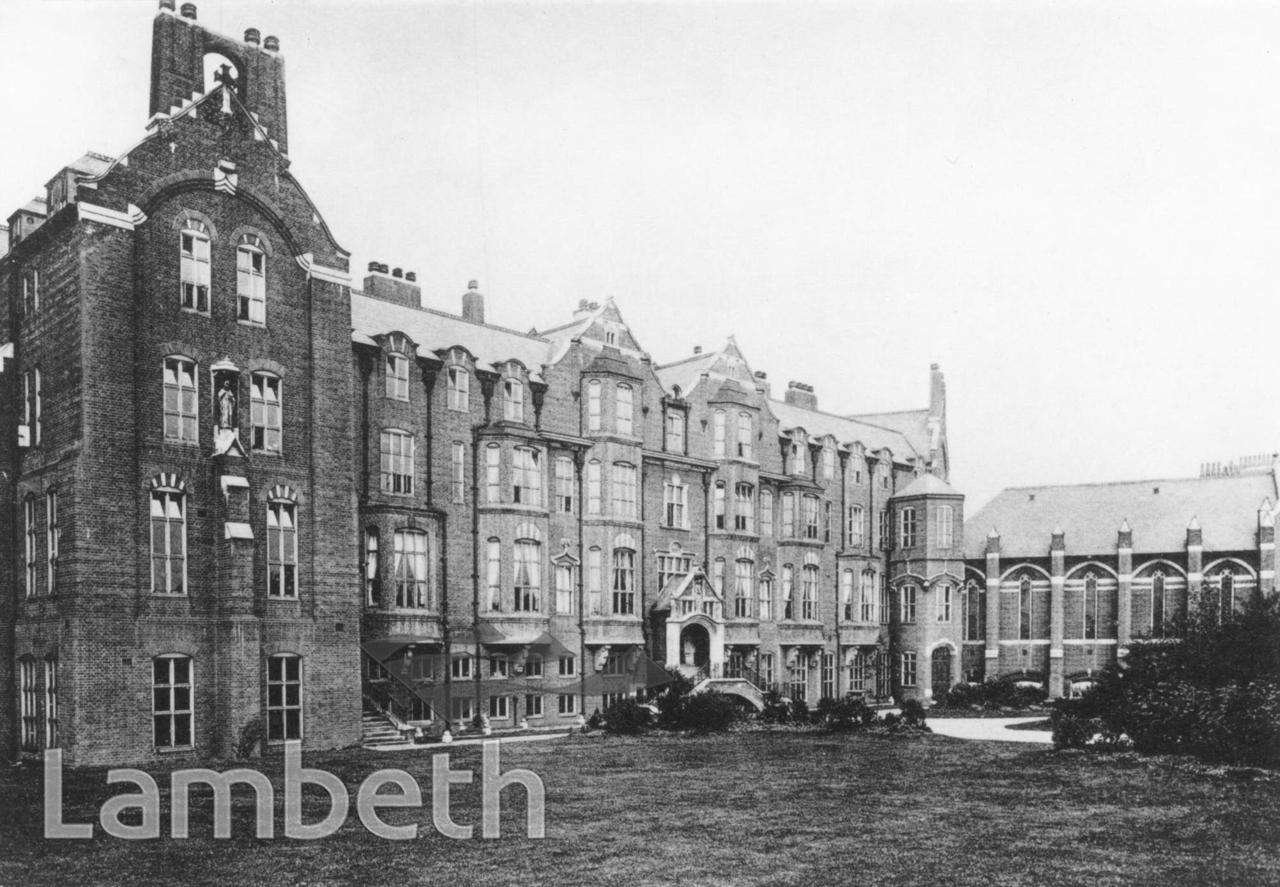 St Gabriel's College in Cormont Road, c.1905. Built originally as a teachers' training college, it was requisitioned during World War I, along with the adjacent school, by the military wing of St Bart's and became part of the 1st London General Hospital. It was here that the author Vera Brittain was stationed at the beginning of the war. The college later became a rest home run by the London County Council. The building has now been converted to residential use and is known as St Gabriel's Manor.From the Linskey Collection.
#1901 - 1925  #BRIXTON NORTH  #BUILDINGS / ARCHITECTURE  #EDUCATION  #Linskey Postcard Collection  #Photograph
⇐BENEDICT ROAD, ...