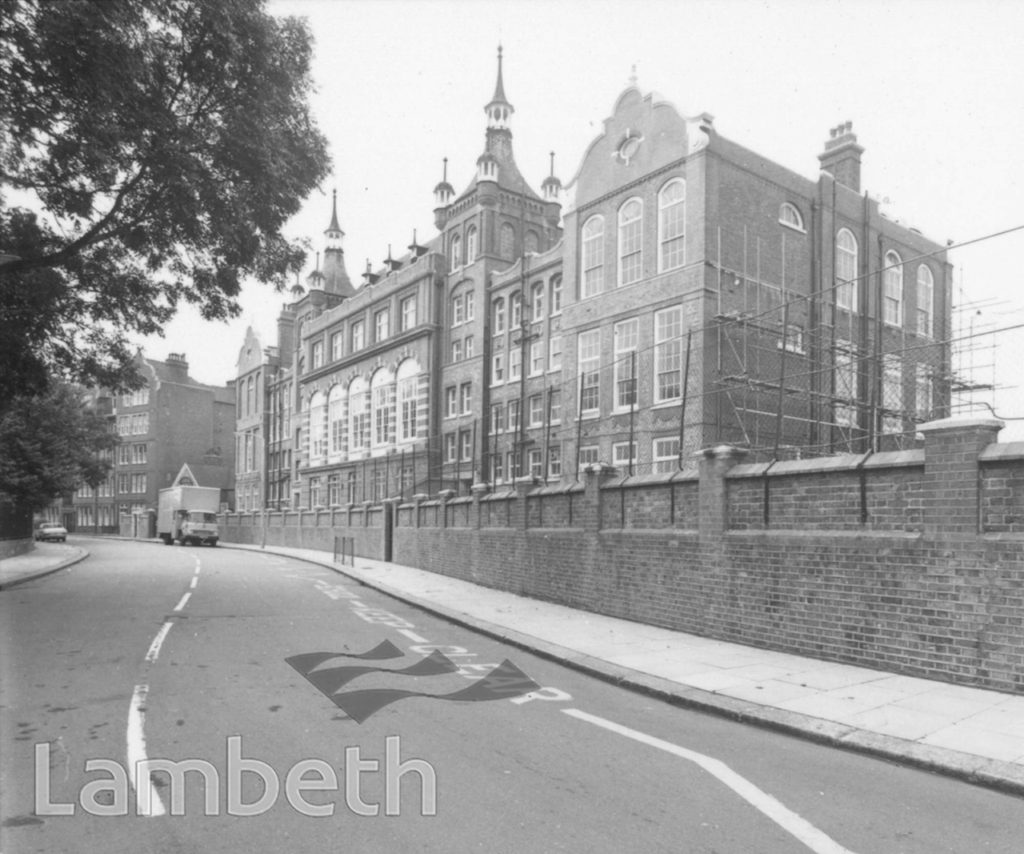 St Gabriel's School, Cormont Road, Brixton North. Originally built by T.J.Bailey in 1898, the building later became Kennington Secondary School, it is now the Charles Edward Brooke Girls' School and is administered by the Church of England. During World War I it was requisitioned along with adjacent buildings by the military wing of St Bart's and became the 1st London General Hospital. Town Planning photograph by Sam Lambert.Ref: LBL/DTP/UD/6/2/5/755