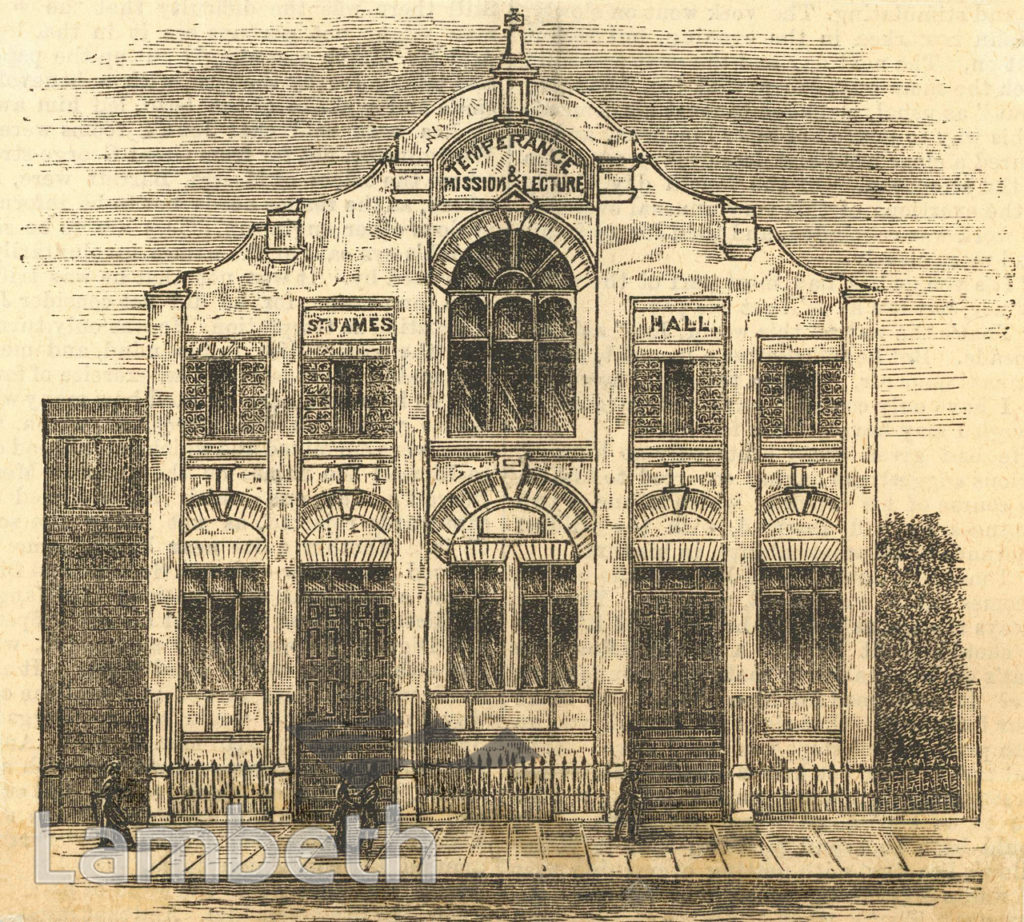 St James's Hall in Royal Road adjacent to Kennington Park. Mr Charles Zierenburg began in his parlour an 'enthusiasm' for temperance reform and raised Â£3,000 to build this hall as a temperance mission. The Kennington neighbourhood was at the time 'ravaged by the curse of strong drink'Engraving from Illustrated London News.Ref: LBL/DAS/RL/1/1/p.22a