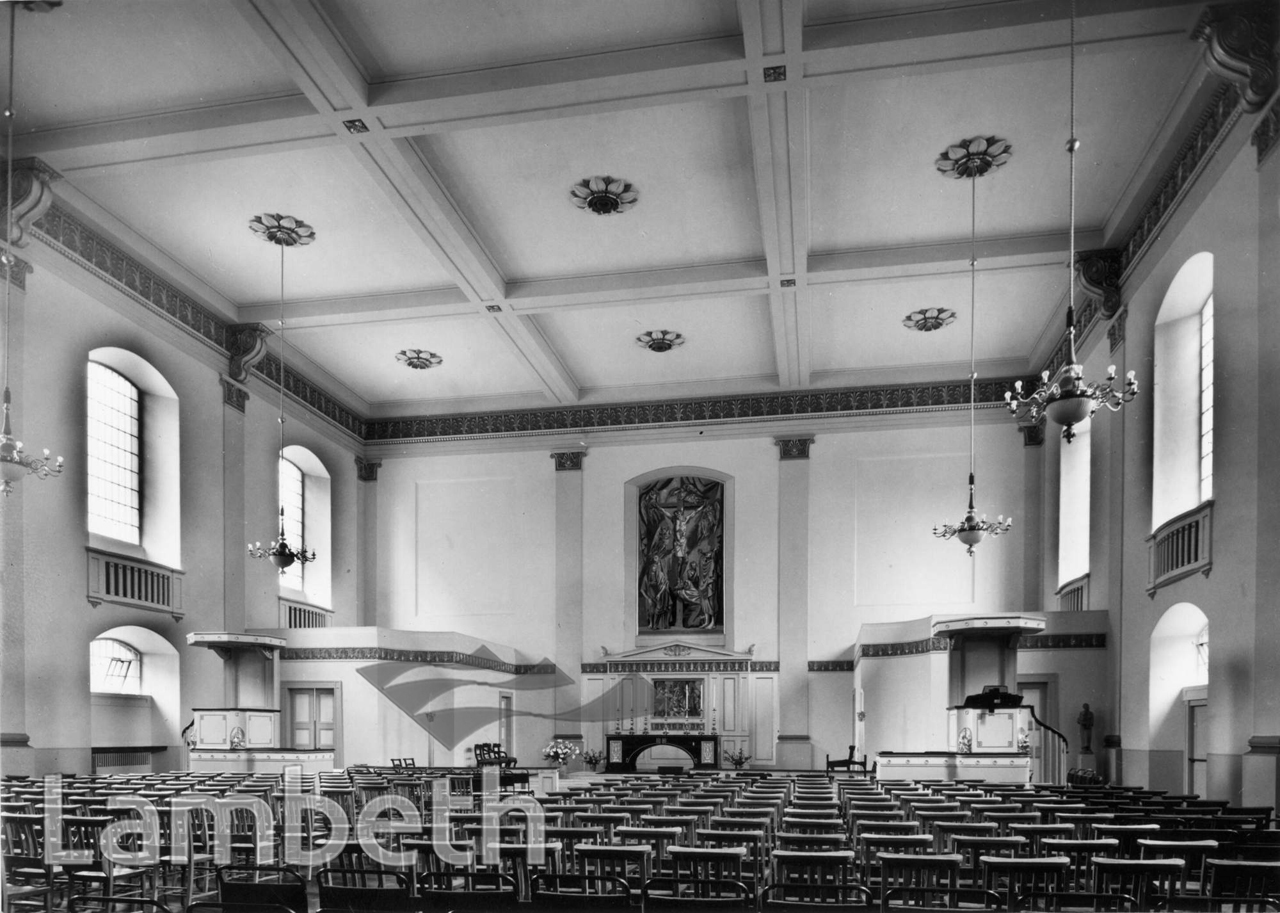 Interior of St John's, Waterloo Road. The church was built in 1824, and is often referred to as a 'Waterloo' church, assumed to have been erected along with 5 others in the parish to commemorate victory in the Napoleonic wars. However the churches were built under an Act of Parliament passed in 1818, before the wars, to provide places of worship in 'populous places'. A bomb destroyed much of the interior in 1940, but luckily not one of the 150 people sheltering beneath in the crypt was harmed. St John's was restored in 1951 as the parish church to the Festival of Britain and has again recently undergone restoration. Photograph by Sydney Newbery.
#1951 - 1975  #BUILDINGS / ARCHITECTURE  #Department of Town Planning  #Photograph  #RELIGION  #WATERLOO
⇐ST MARK’S...