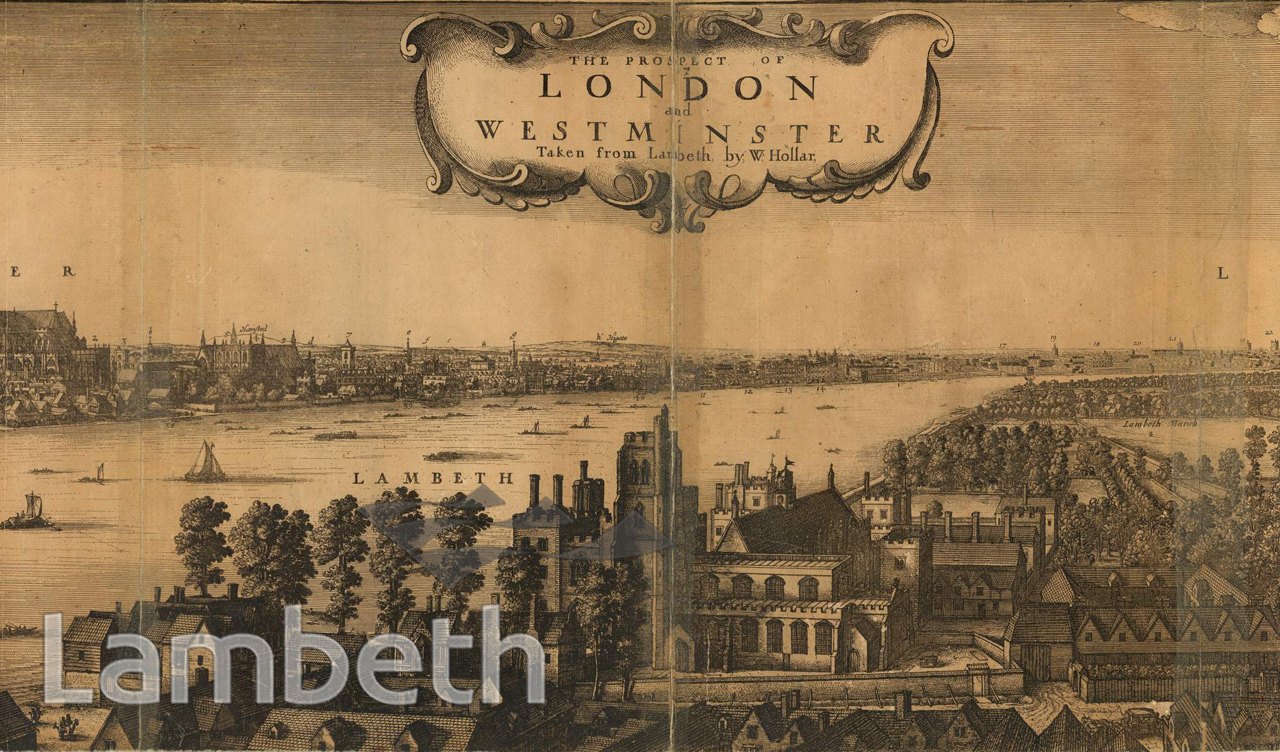 A detail from 'The Prospect of London and Westminster taken from Lambeth by W. Hollar'. Wenceslas Hollar's panoramic view was originally engraved in 1647 and with this early 18th century reprint, his original copper plate has been reworked to include the new St Pauls, as well as other City churches. This section shows the centre of Lambeth with a cluster of houses around St Mary's and Lambeth Palace. Digitally enhance image.
#-Before 1850  #BUILDINGS / ARCHITECTURE  #Engraving  #LAMBETH  #OPEN SPACES  #RELIGION  #RIVERS AND WATERCOURSES
⇐KING WILLIAM II...