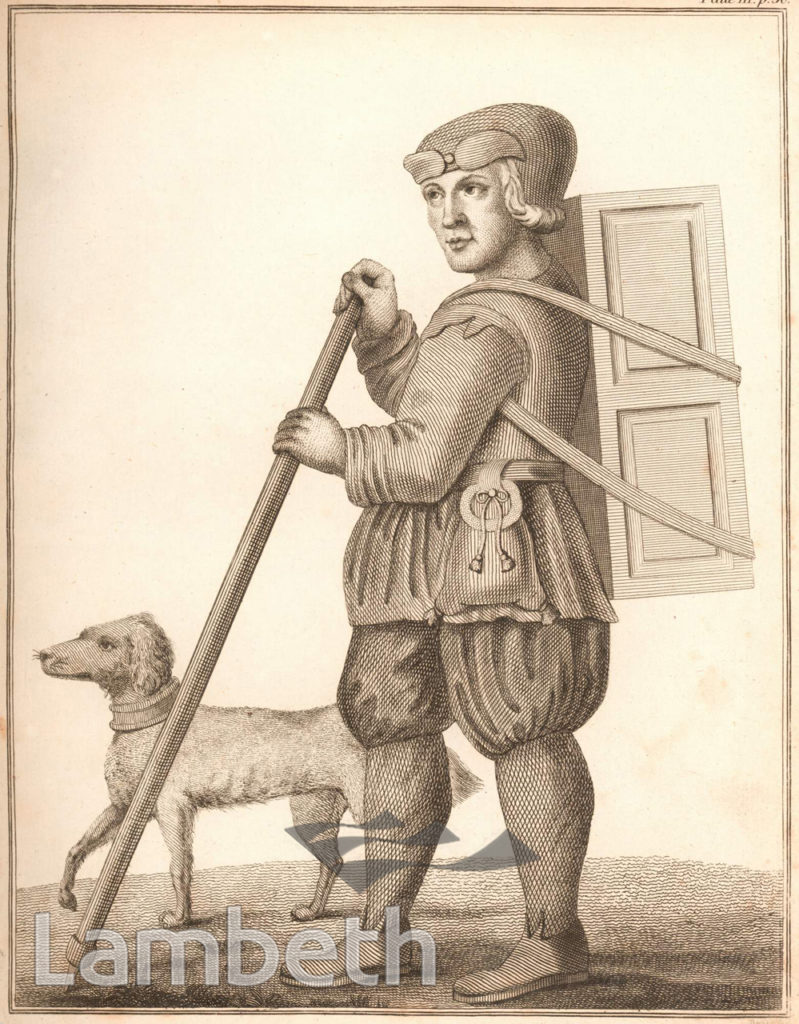 The pedlar and his dog as depicted in the stained-glass window in St Mary's, Lambeth. The window occupied several positions in the church and commemorated the legend of the Pedlar who was supposed to have bequeathed land to the church, known as Pedlar's Acre, which became the site of County Hall and the London Eye. In a 'Free Press' article dated 11 April 1913, the solicitor of the Pedlar Charity states this claim as 'all rubbish' and that, according to old deeds in his possession, the land was bequeathed c.1400 by William Le Pedlar, the rector of Streatham.Engraving by Basire from 'The History and Antiquities of the Parish of Lambeth' by J. Nichols, 1786.Ref: 12 Res