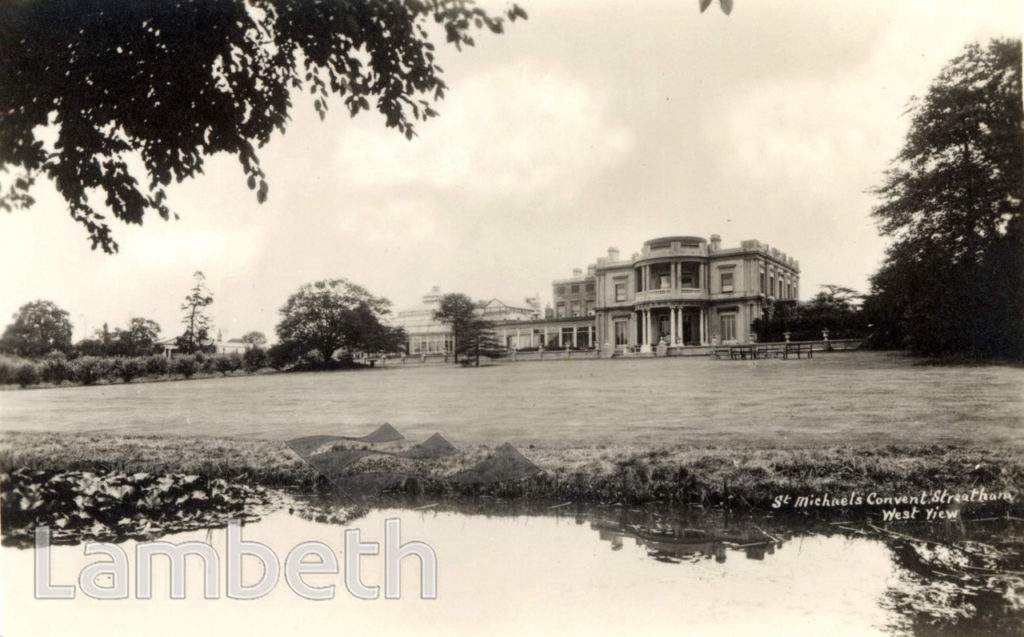 St Michael's Convent, Park Hill. Built in c.1830 by William Leaf a banker and silk merchant. Henry Tate, the sugar magnate (Tate and Lyle), lived here from1885. A philanthropist who built the Tate Libraries in Brixton, South Lambeth and Streatham. Also an art collector, he opened his gallery here to the public once a year and later donated most of his collection to the Tate Gallery, which he established in London. This view looking east towards the main building from the lily pond was taken when it was a convent, July 1st 1939. It is a Grade II listed building. Postcard, 1939.Ref: PC Albums /24/188