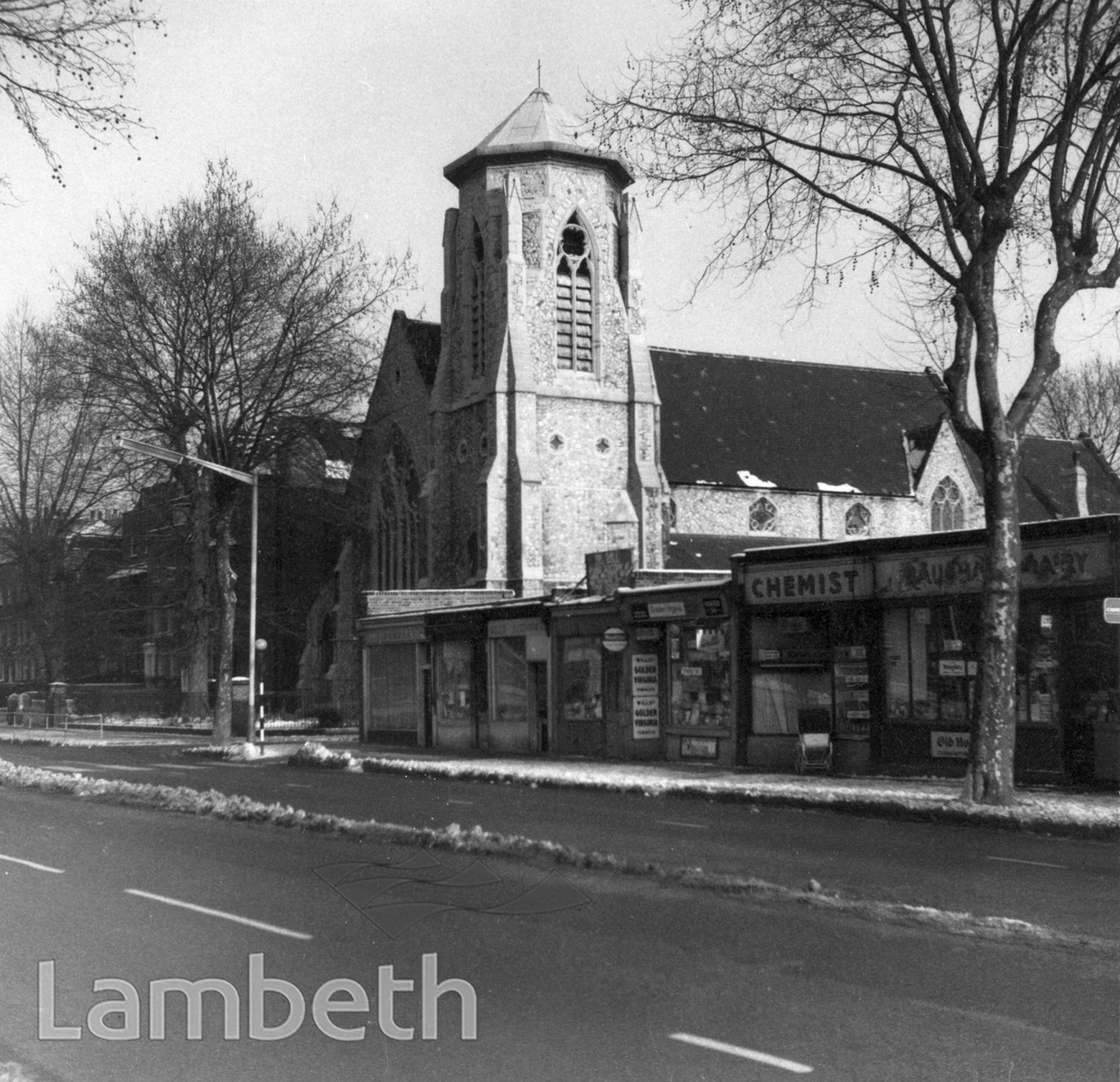 The fund to build St Philip's church in Kennington Road, was begun in 1849 and 'intended as a thank offering church in gratitude to the Almighty, for their preservation from cholera'. Designed to accommodate 1,000 people, the Â£2,492 cost of the land was additional to Â£5,000-6,000 of construction. It was reported at the time that there were about 6,000 parishoners in the assigned district, the great majority were 'labouring classes'. The church was consecrated in 1863, but bombed in WWII, declared redundant in 1975 and demolishedthe following year. Photograph by M.D.Trace, dated 11th January 1968.
#1951 - 1975  #BUILDINGS / ARCHITECTURE  #KENNINGTON  #Photograph  #RELIGION  #SHOPS AND SHOPPING
⇐LAMBETH COUNTY ...