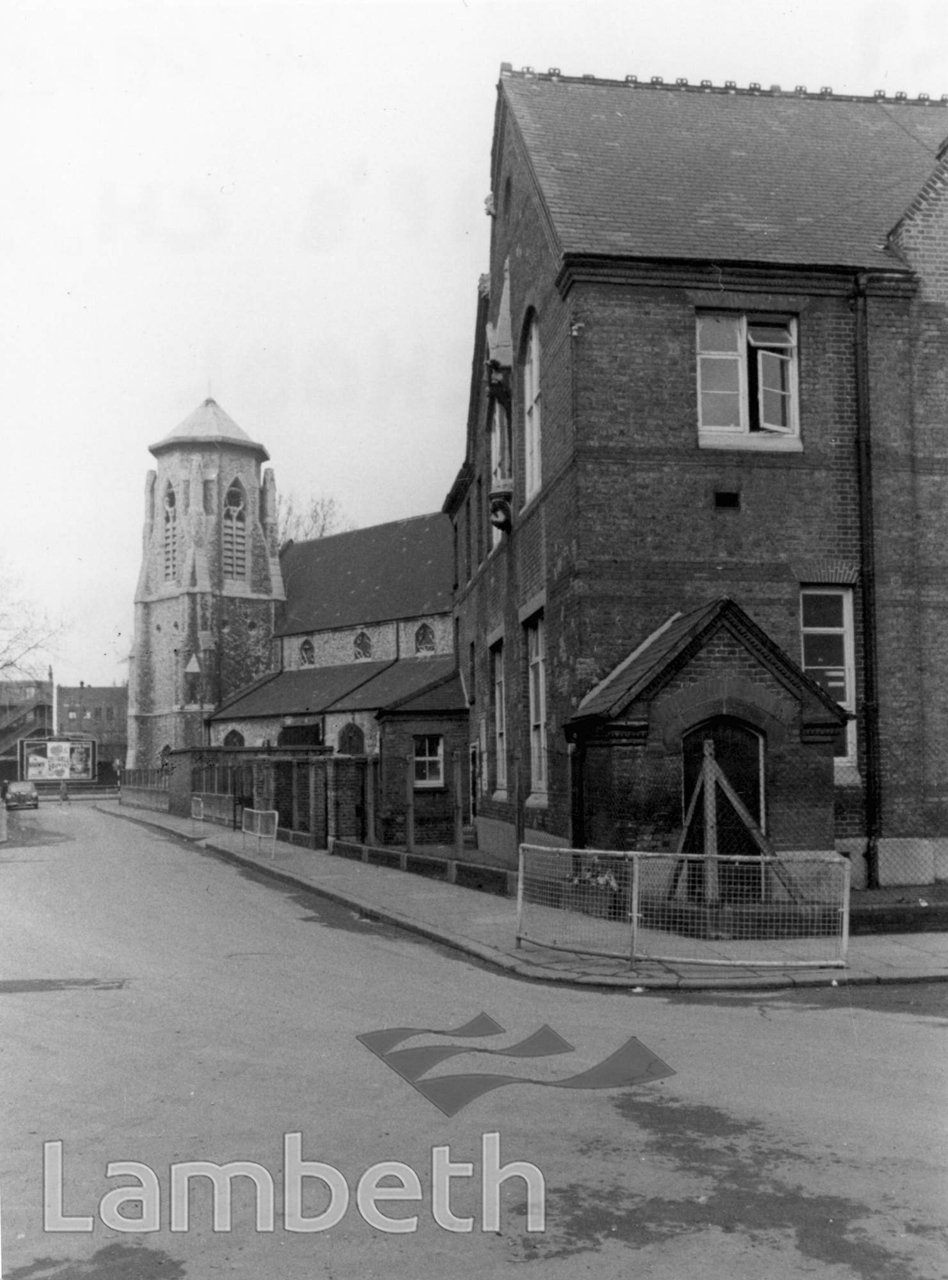 St Philip's school in Reedworth Street, Kennington, with St Philip's church behind on Kennington Road. The church was consecrated in 1863 and seated 600 people. It was twice bombed during World War II, demolished in the 1970s and the site redeveloped in 2008 a garden for the school, now known as Archbishop Sumner's school.
#1951 - 1975  #Department of Town Planning  #EDUCATION  #KENNINGTON  #Photograph  #RELIGION
⇐377-381 KENNING...