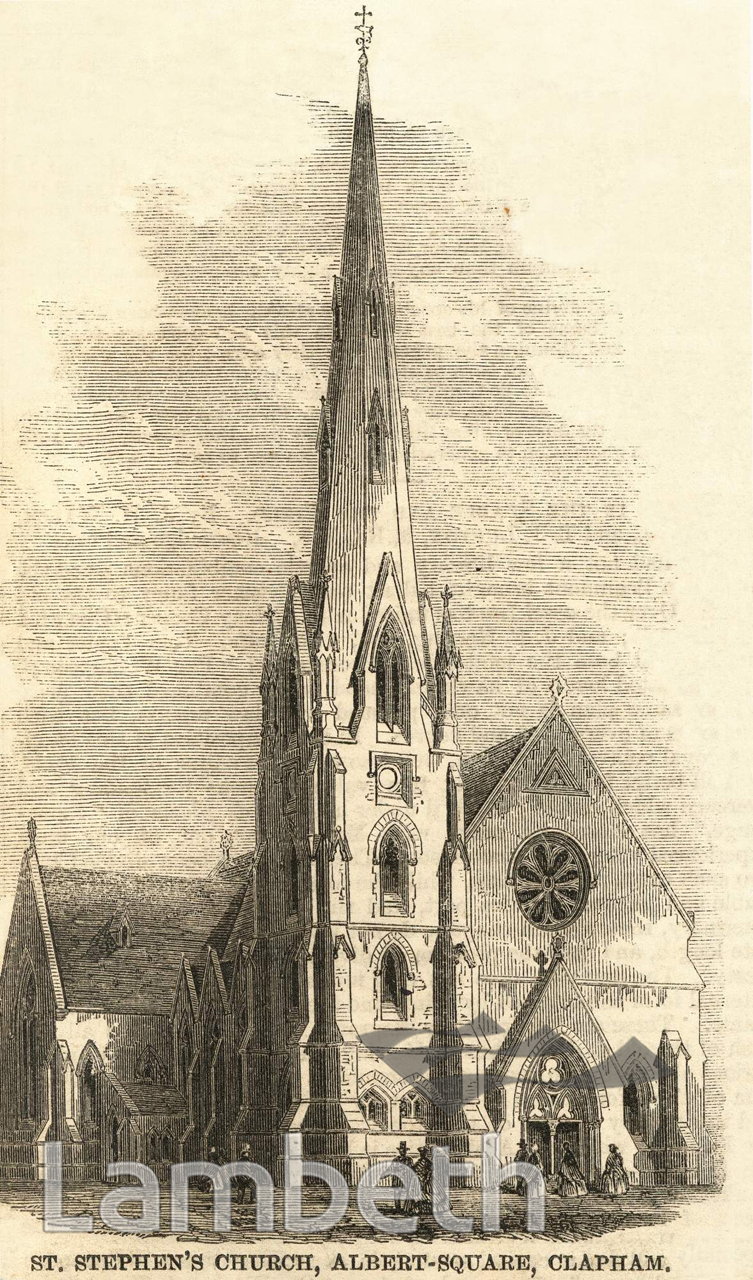 Exterior of St Stephen's Church in St Stephen's Terrace. The original church was built, on land gifted from T.T. Williamson, by George Myers to the designs of John Barnett in a cruciform plan. The tower and spire was 140ft and included a library on the first floor. Most of the funding came from Rev. Charles Kemble and when completed the church accommodated 1,200 parishioners. It was consecrated in 1861, restored in 1954 after damage to the tower by a drifting barrage balloon cable in 1940, but subsequently demolished in 1967.Engraving published Illustrated London News, dated 12th October 1861
#1850 - 1875  #BUILDINGS / ARCHITECTURE  #Engraving  #RELIGION  #SOUTH LAMBETH
⇐HERCULES BUILDI...