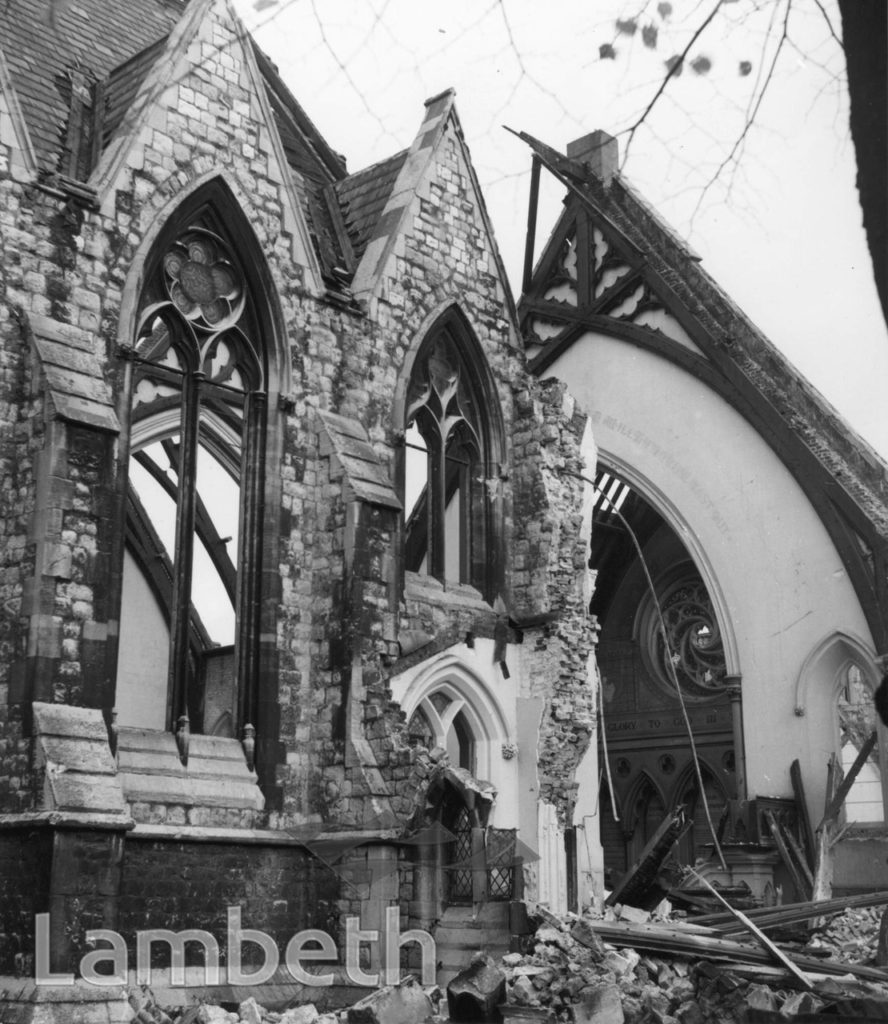 St Stephen's was built of Kentish ragstone by George Myers to the designs of John Barnett and consecrated on 23rd April 1861 by the Bishop of Winchester. Restored in 1954, after damage to the tower by a drifting barrage balloon cable in 1940, it is seen here in the process of demolition in 1967 when the decision was taken to replace it with a smaller church, due to a dwindling congregation.Photograph by M.D.Trace, dated 6th November 1967.Ref: SP12/713/4.ST