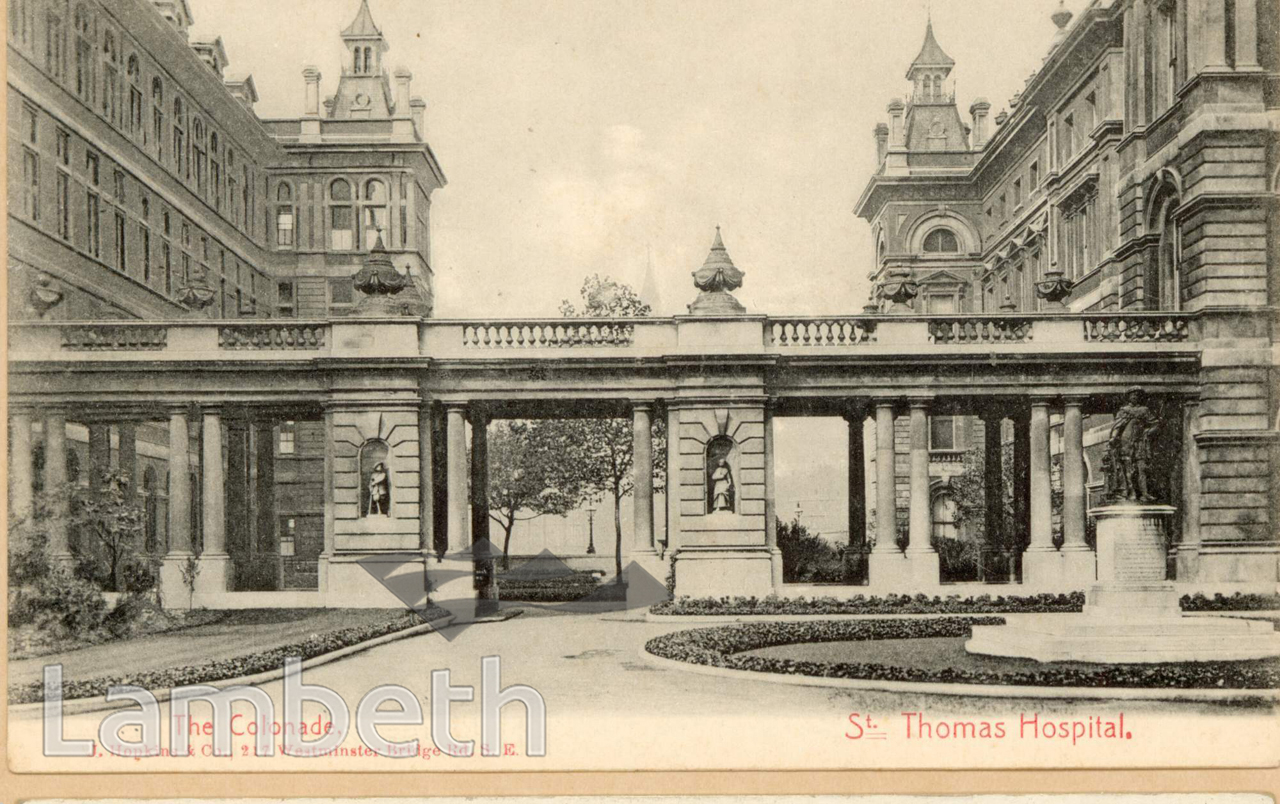 St Thomas' Hospital. Showing part of the garden and the walkway bridge between the east and west wings. The Tudor statues in the alcoves, known as the 'Four Cripples' are now located on the first floor of the North Wing. Originally founded in 1106 as part of St. Mary Overie Southwark. During the early 13th century the hospital moved to Borough High Street, Southwark. In 1859 the site was acquired for London Bridge Railway Station and a new hospital was built at Lambeth from 1869 -1871 to designs by architect Henry Currey. On completion Florence Nightingale established her Training School of Nursing. During the World War II the hospital was damaged and a new east wing was rebuilt in 1966. Postcard, c.1905.
#1850 - 1875  #BUILDINGS / ARCHITECTURE  #HEALTH  #LAMBETH  #OPEN SPACES  #Photograph  #Postcard Albums  #STATUES AND MEMORIALS
⇐ST THOMAS’...