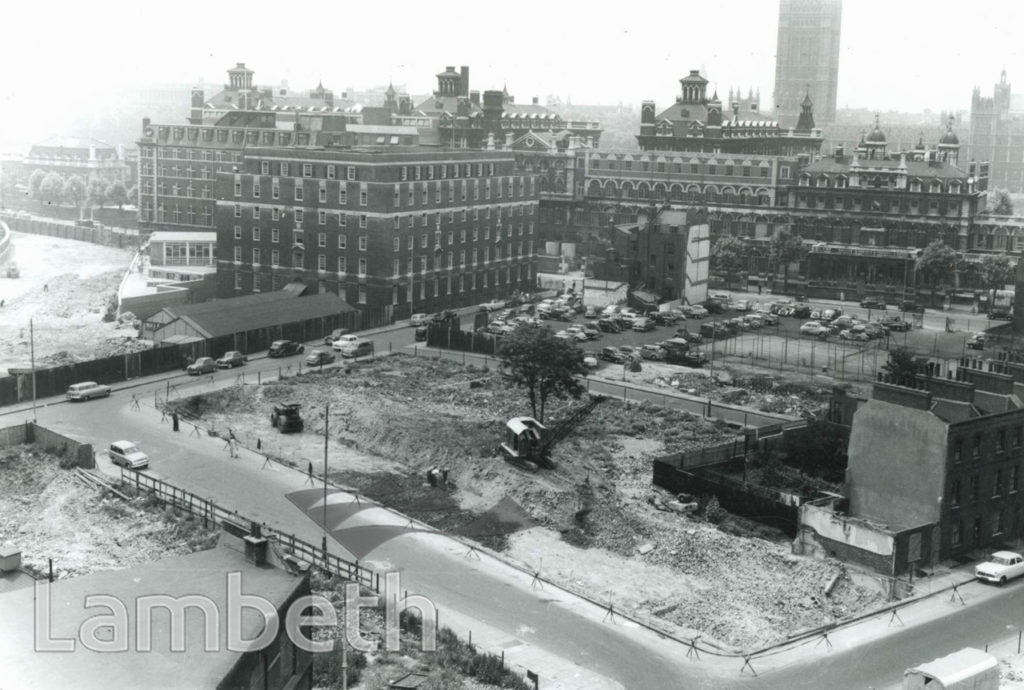 View of the hospital looking south-west towards the river. The hospital was constructed on this site fronting the Thames soon after the Albert Embankment was built, on a large area of reclaimed marshland and river between 1869 -1871 next to Lambeth Palace. Three of the original river side blocks survived severe bomb damage in World War II, and the new construction seen here involved the demolition of houses and streets to the east of Lambeth Palace Road, part of St Thomas's Estate, resulting in the realignment of the road. Ref: SP12/170/LAM.P.8