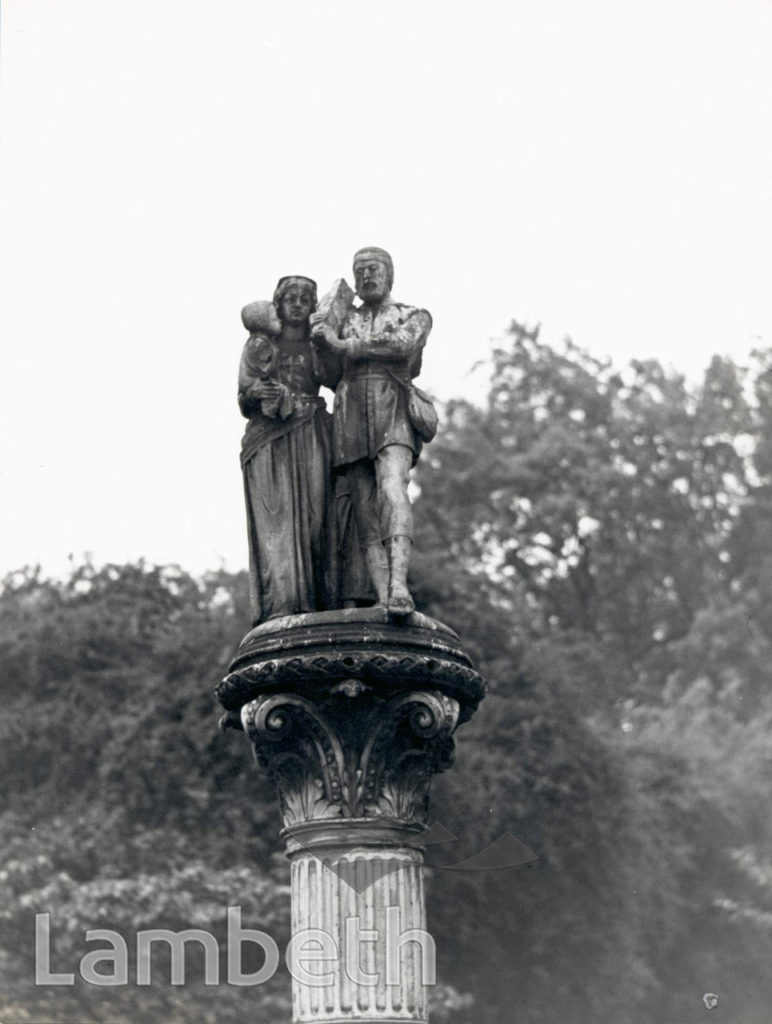 A terracotta statue titled 'The Pilgrimage of Life' was modelled by George Tinworth (1843 -1913) and place above a fountain donated to Kennington Park by Sir Henry Doulton in 1869. The figures are said to be one of the first example of Tinworth's modelling for Doulton potteries completed after he left Lambeth School of Art. The design was executed under the supervision of Mr Sparkes, the principle of the City and Guilds Insitute in Kennington Park Road. However, they were smashed by vandals in November 1981 and with only a few fragments surviving, the group was considered unrestorable. Ref: SP13/593/KEN.P.3