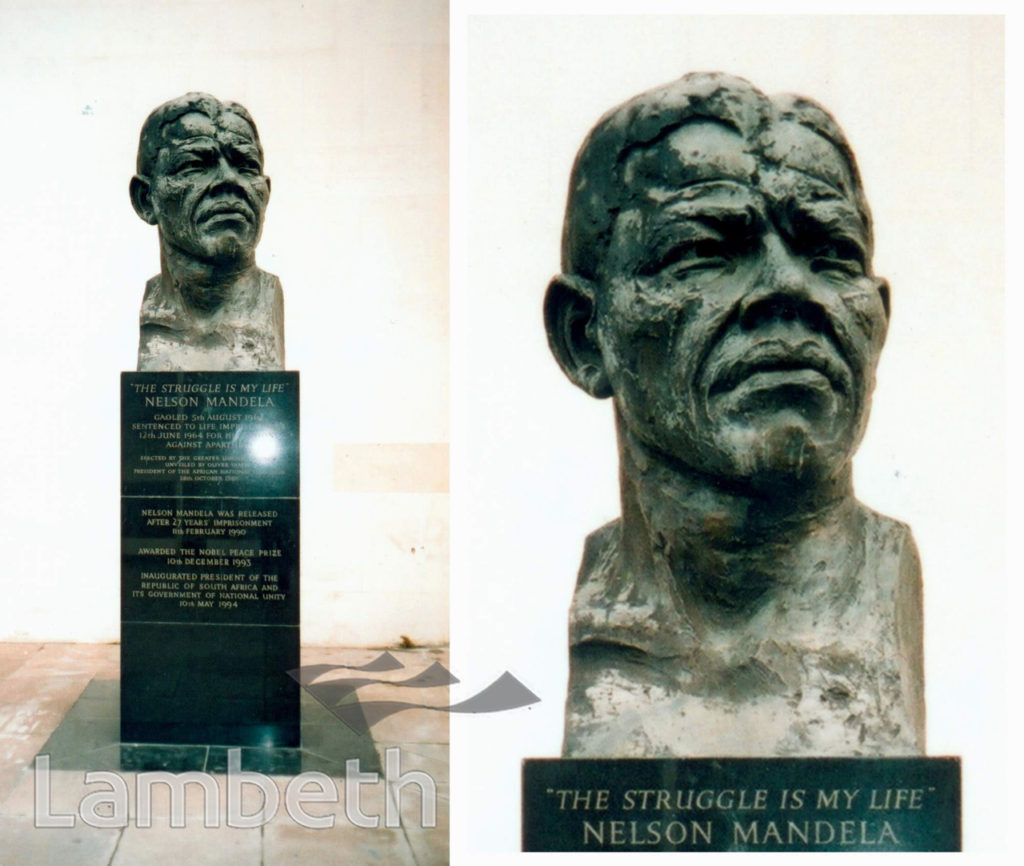 Statue of Nelson Mandela, black freedom fighter who was imprisoned in 1962 for his part in the struggle to abolish apartheit in South Africa, later awarded the Nobel Prize in 1999 he went on to become the president of the Republic of South Africa in May 1994 . This photograph was taken on 17th March 2004 at the high level walkway along the side of the Royal Festival Hall. Ref: SP3711