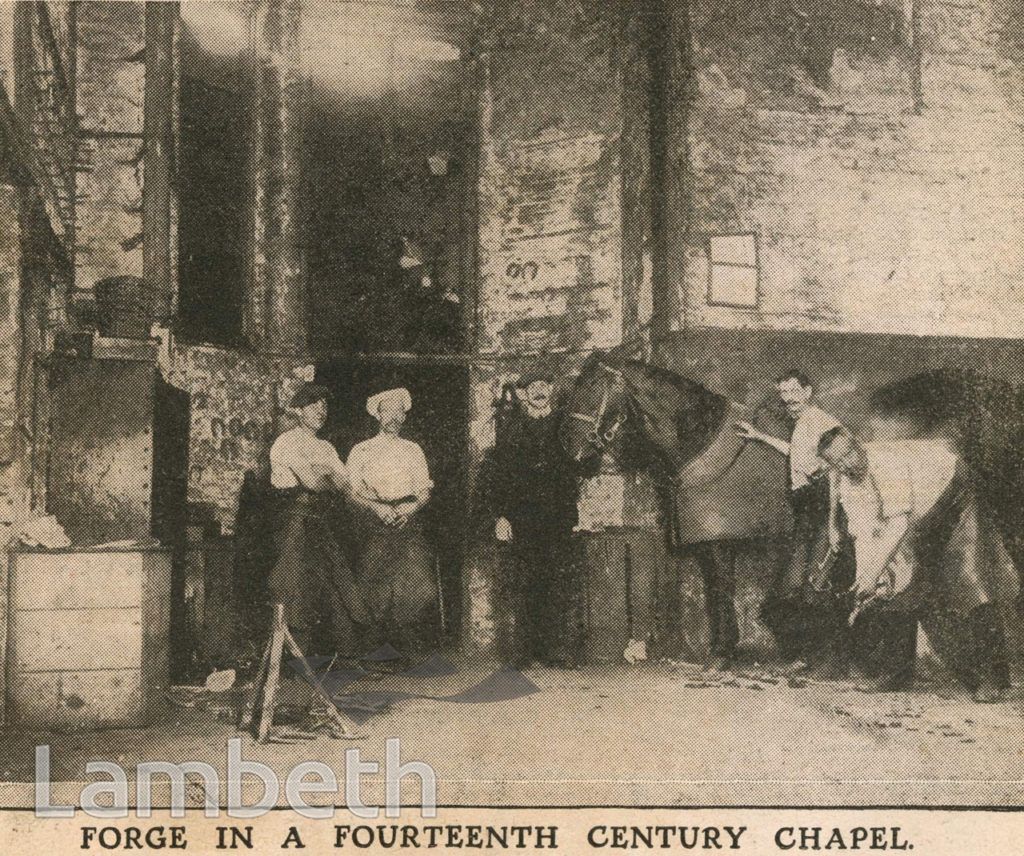 A farrier at work in the smithy's off Stockwell Park Road. The shoeing forge was in an old building identified as the private chapel or oratory formerly belonging to Stockwell Manor. It was claimed that this building dated back to 1351 in which year Sir James de Burford was granted a licence for an oratory. Another claim is that the chapel was built by the Leigh family in the 16th century, which would account for the use of brickwork, who passed the manor to Henry VIII. When this photograph was taken, Mr Reddish ran a forge on the premises. The original manor house was demolished c.1756 and the chapel in the early 20th century.From 'The London Argus', 7th March 1903.Ref: LBL/DAS/RL/1/2/1/p.113