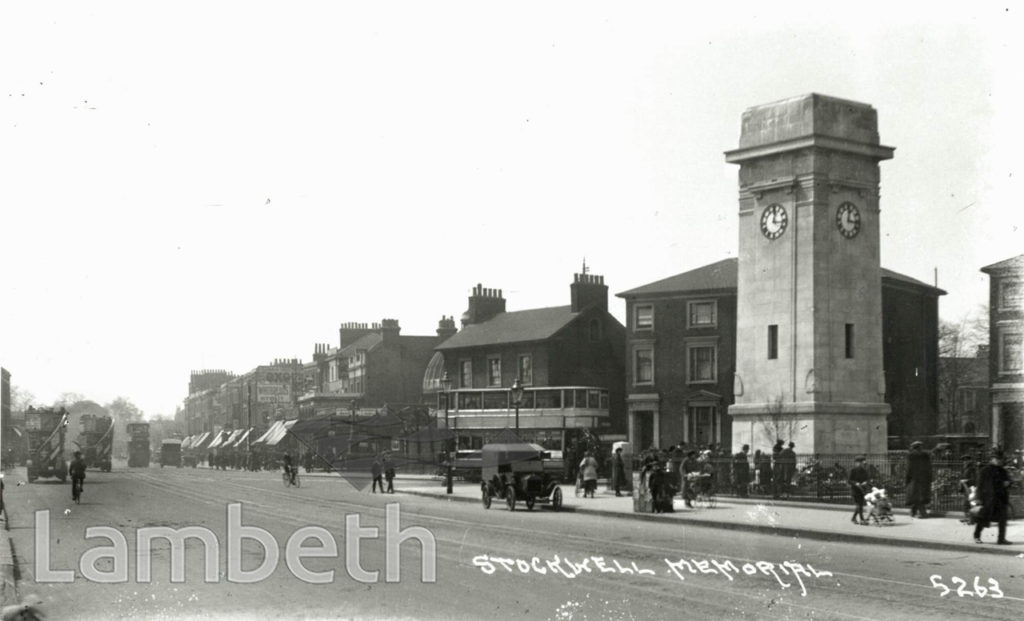 The Stockwell Memorial, built to commemorate those who died in World War I, was innaugurated in 1921. Located at a major junction just north of Stockwell Station, the station dome is just visible behind the tram in the centre of the picture, most of the shops beyond the station have been replaced by larger modern shops and offices. The dome was removed when the station was rebuilt later in the 1920s and it was altered once again in 1970 with the advent of the new Victoria Line.Ref: SP1341