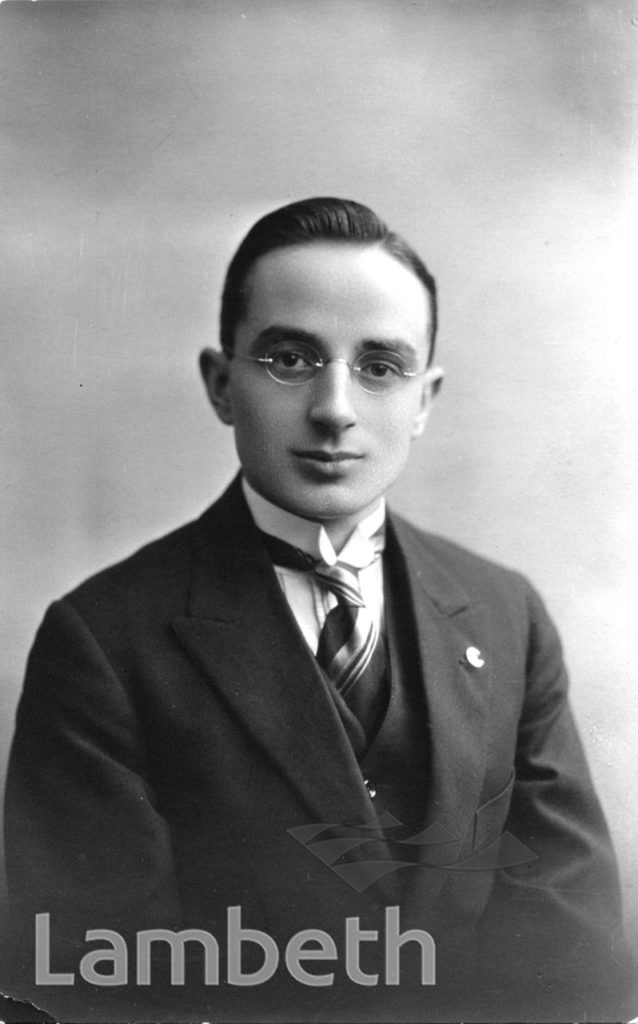 P.H. R. Hide in January 1926 taken during the time he was working for Higgs and Hill, the London based building contractors. Percy Hide was cared for in Stockwell Orphanage from 1911-18, the last year of which he served as Office Boy. He then left for Higgs and Hill where he worked for 17 years. He returned to the offices at Stockwell Orphanage in 1935, initially responsible for fundraising in the editing and producing of the quarterly magazine, 'Within Our Gates', and in the organising of tours and other engagements for the Boys' Choir and Bellringers. He became Assistant Secretary in 1941 and Secretary in 1953, which post he kept until his retirement in 1968. Photograph courtesy of The Wykeham Studios Ltd. Original image and copyright held by Spurgeon's Child Care Trust.Ref: IV/243/1-6, SPd 3517