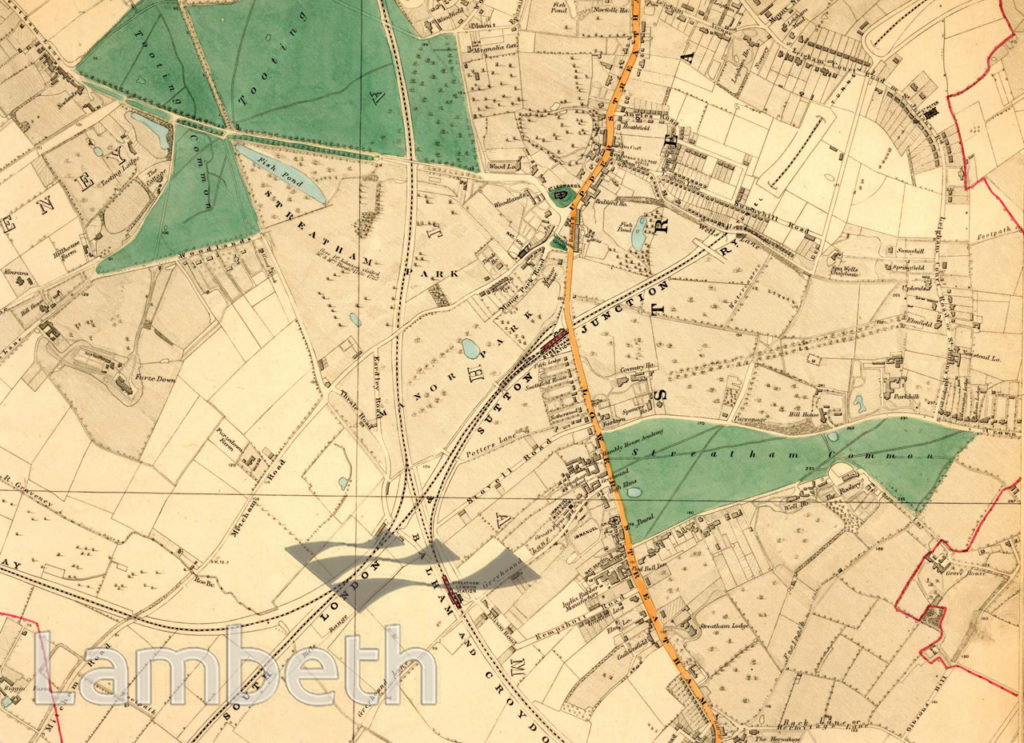 Map of Streatham and Streatham Park, showing Tooting Bec Common, Streatham Common and the well established network of railways linking South London with the main line terminals. Streatham was still mainly a ribbon development along the line of the High Street, with St Leonards Church (14th C.) as its focus. The land to either side belonged to farms or large estates. Of note is the Streatham Park estate, home of the Thrale family, and to the east Park Hill, the home of Sir Henry Tate, founder of the Tate Gallery. Streatham became notable for it's schools and three significant establishments are shown on the map. Also shown is the India Rubber Factory, which started in the late 1830's on the site of the former Silk Mill of 1820 (now the site of a major supermarket). The most notable feature of Streatham had been the mineral wells discovered in 1659. The original well at Streatham Common had become contaminated by 1792 and was transferred to the new well in Valley Road. The Well House dates from 1783. Extracts from Stanford's maps of London, 1877.Ref: Sheet 22/M464