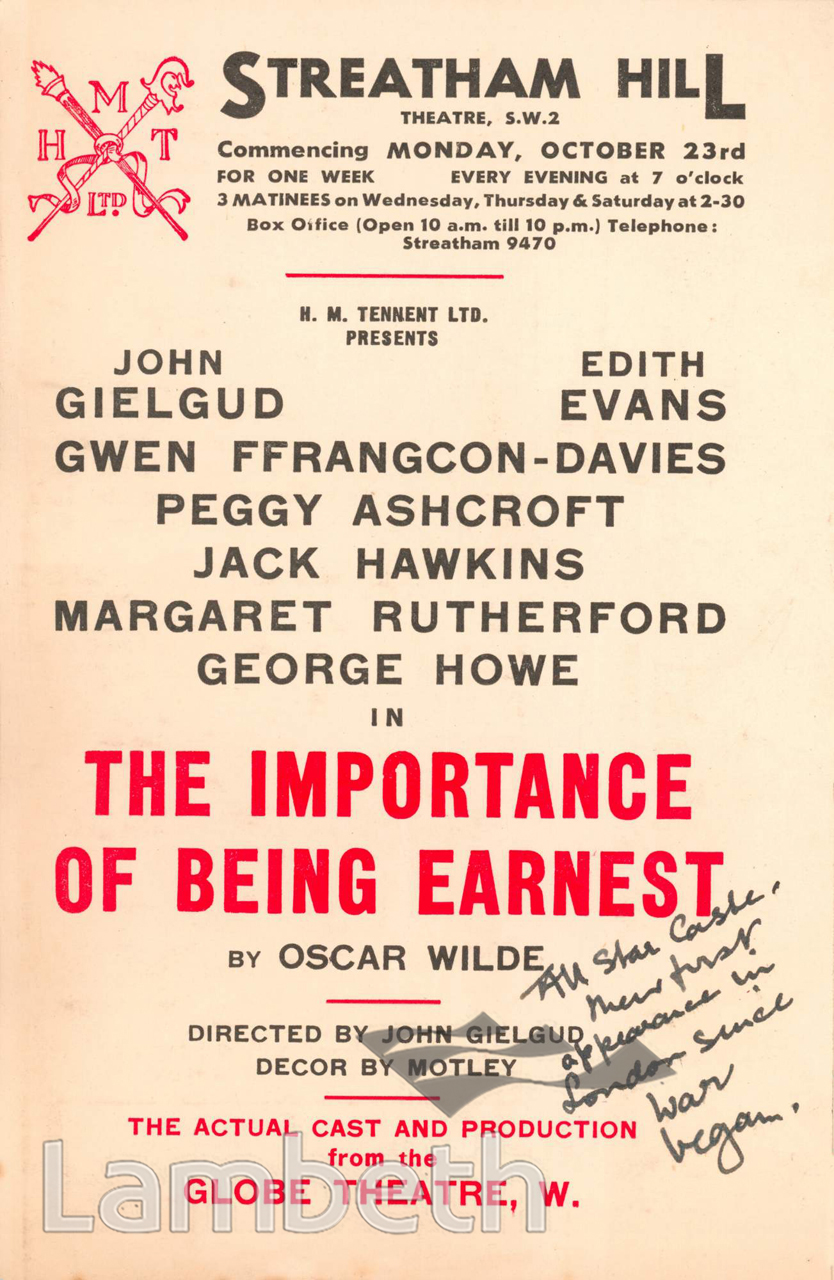 Flyer for 'The Importance of Being Earnest' at the Streatham Hill Theatre from 23rd October 1939. Annotated by Lucy Awdry: 'All Star Cast, their first appearance in London since war began'. In September 1939 all cinemas and theatres had closed down, although within a month or so some were opening up again beyond the West End, as Mrs Awdry also noted in her diary: 'the stars are now acting in the suburbs'.From a series of albums containing newspaper and magazine clippings, assorted ephemera and a diary, kept by Mrs Lucy Awdry of 14 Franconia Road, Clapham, for the duration of World War II and recording wartime life in London. During the war Mrs Awdry volunteered with the Women's Voluntary Service (WVS) assisting with fire watch duties, and also at the Clapham War Savings Centre. Included in the Lambeth Archives Home Front project 2005.
#1926 - 1950  #Awdry Collection  #ENTERTAINMENT  #People  #STREATHAM HILL  #WAR AND ARMED FORCES
⇐BRUNSWICK HOUSE...