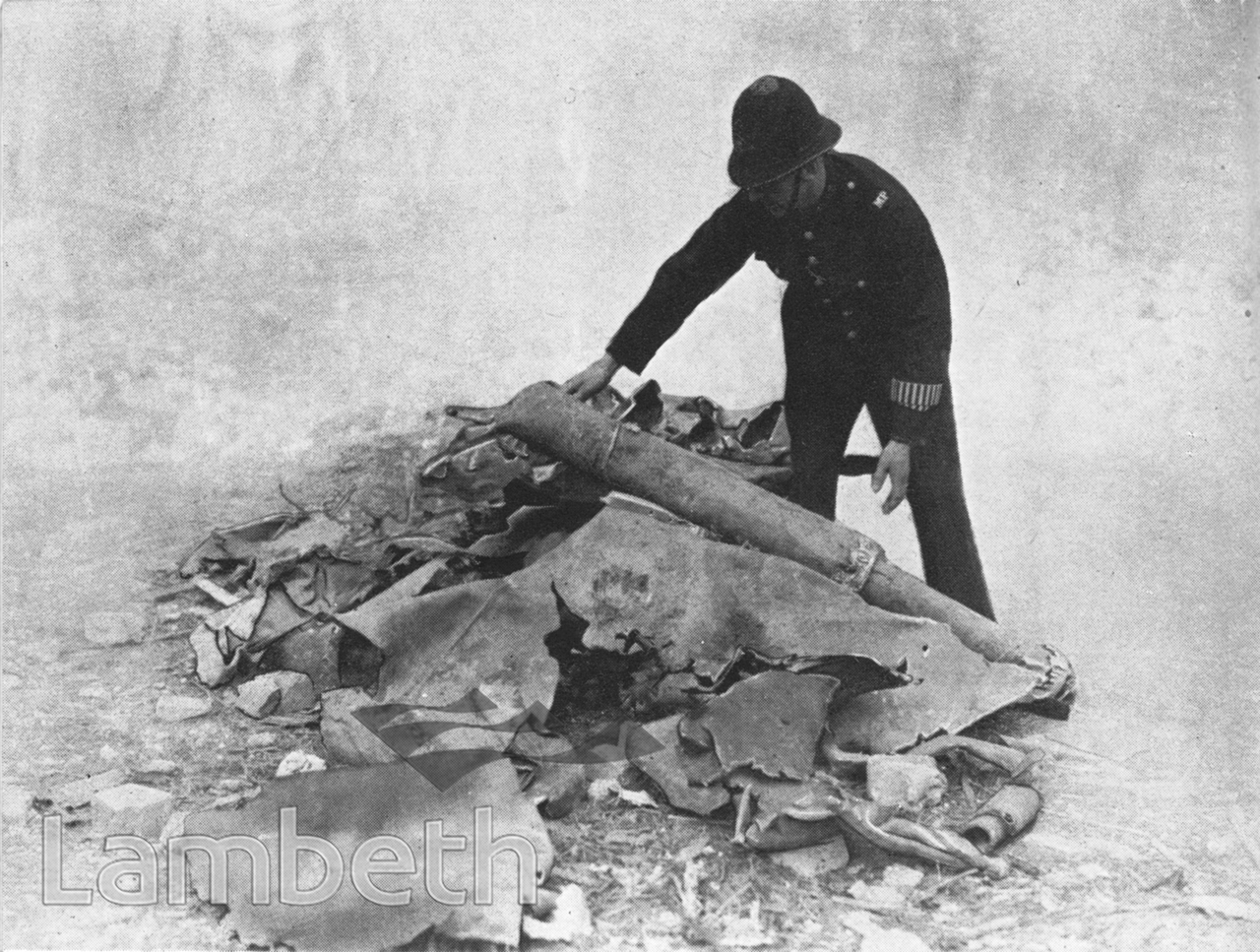 A policeman guards the remains of Streatham's first flying bomb which hit the old Empire Cinema, 225 Streatham High Road. The cinema was at the time being used for food storage and the caretaker was injured by the blast.
#1926 - 1950  #LAW AND ORDER  #Print  #STREATHAM CENTRAL  #WAR AND ARMED FORCES
⇐STREATHAM’...