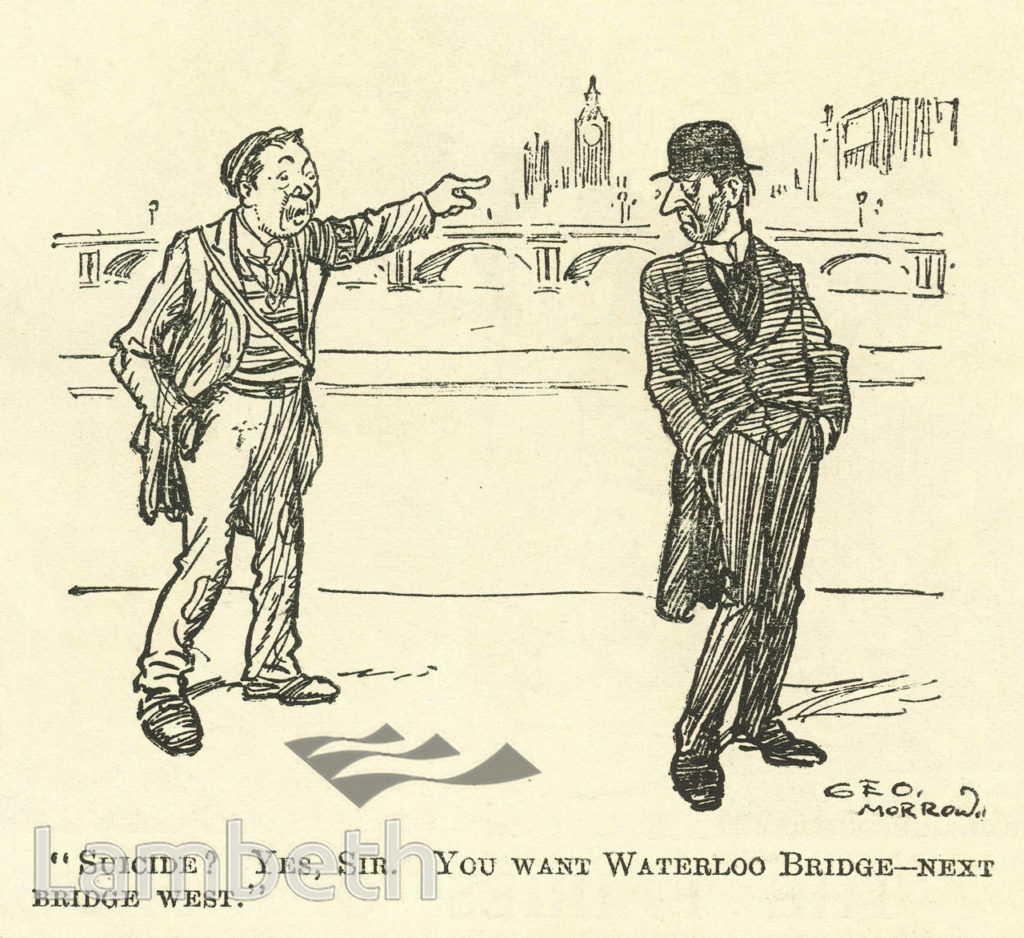 A man on Blackfriars Bridge informing a stranger that Waterloo Bridge was the most suitable place for suicide. Punch's Almanac of 1912 reported: 'It has been suggested that the vast army of unorganised labour in London streets should be taken over by a General Information Syndicate. Badges and bells-punches would be provided and a small fixed fee of, say, one halfpenny should be levied in all cases.' Waterloo Bridge had earlier acquired the name 'Bridge of Sighs' due to the frequency of suicidal leaps into the Thames.Ref: Punch Almanac 1912