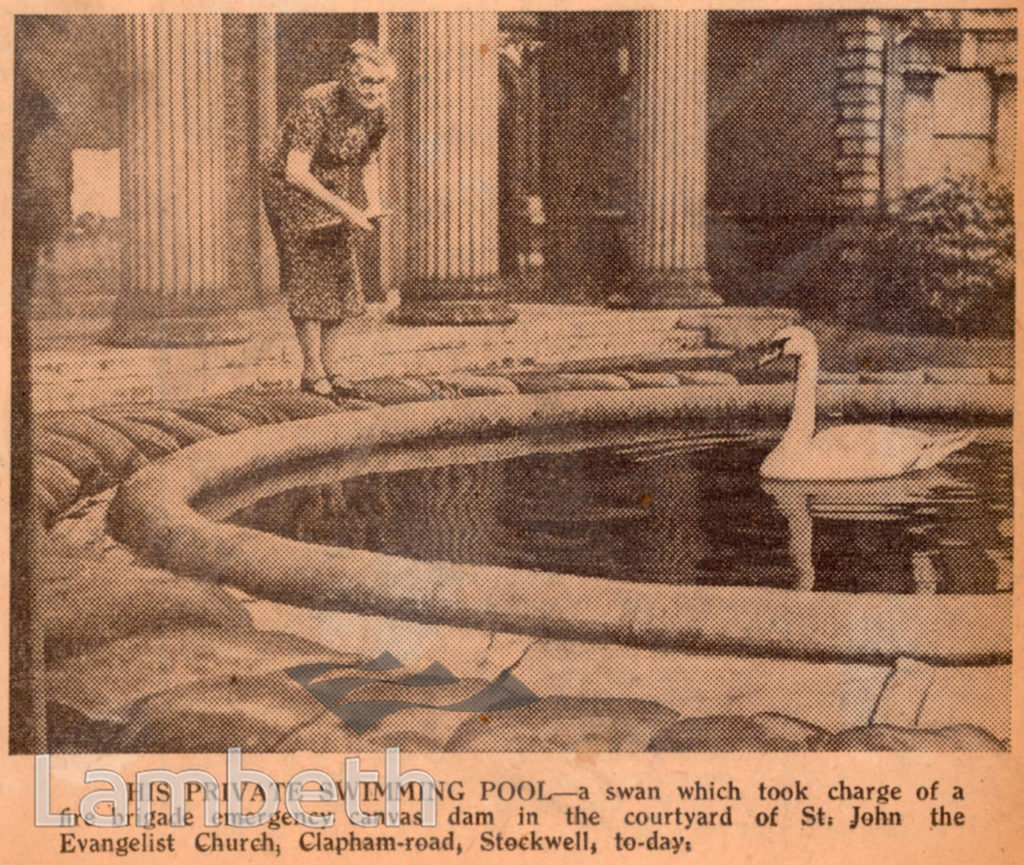 A swan in an emergency water reservoir at the forecourt of St John the Evangelist Church, Clapham Road, Stockwell. The canvas reservoirs were placed at strategic points and filled by mobile fire fighting crews as a precaution against any disruption to the water mains during World War II.From a series of albums containing newspaper and magazine clippings, assorted ephemera and a diary, kept by Mrs Lucy Awdry of 14 Franconia Road, Clapham, for the duration of World War II and recording wartime life in London. During the war Mrs Awdry volunteered with the Women's Voluntary Service (WVS) assisting with fire watch duties, and also at the Clapham War Savings Centre. Included in the Lambeth Archives Home Front project 2005.Ref: IV/169/Vol.1