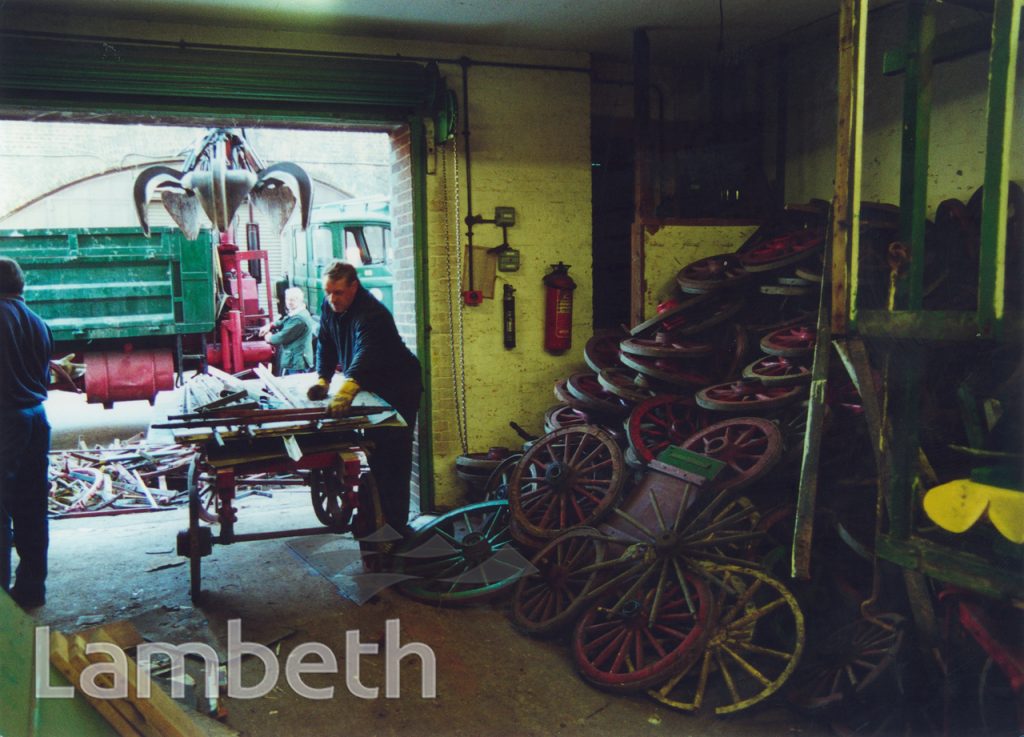 The last day of business at the Tappy Brothers market barrow work and hire at 9 Newport Street, Lambeth. Joe and John Tappy ran a market barrow works begun by their grandfather who began the business at nearby property, but bomb-damage in WWII forced the business to relocate to Newport Street. The young brothers could not afford a building on the site, so began with installing a large steel water tank on the lower level and over the years built up floor by floor as they could afford. The site is now part of the Newport Gallery complex. Photo by kind permission of Peter Nahum. Ref: 2005/21