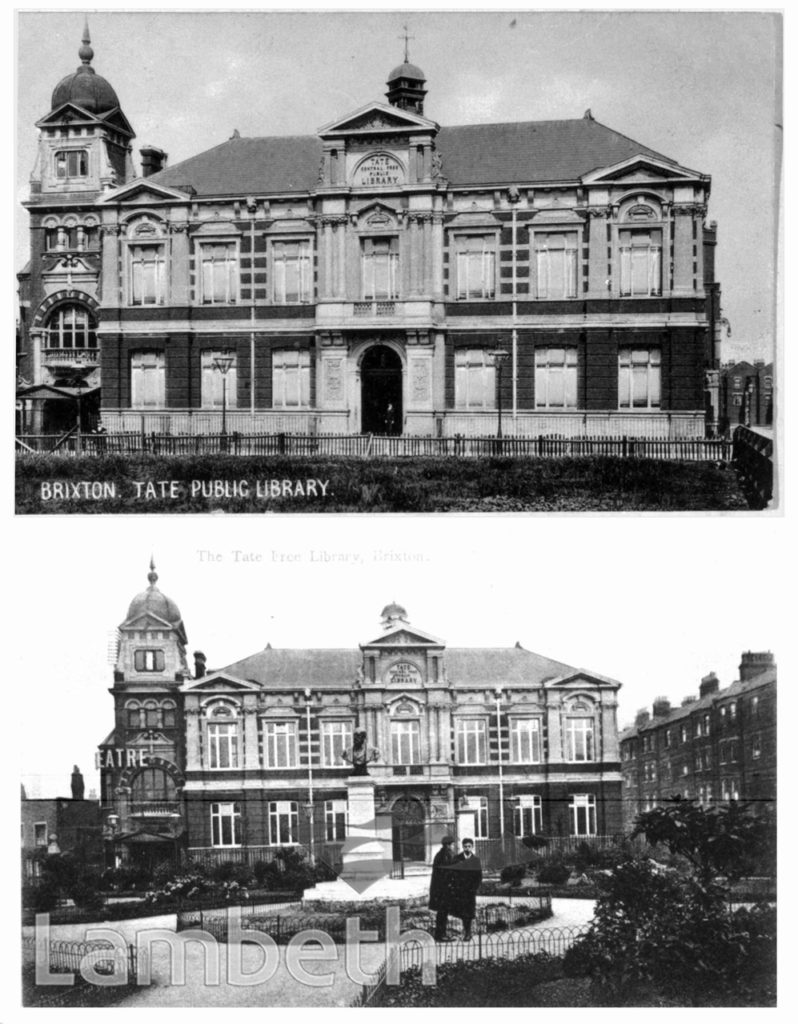 The Tate Library, Brixton, opened in 1893, was donated by Sir Henry Tate, sugar magnate (Tate and Lyle), along with two other public libraries in Lambeth. Two views of the library showing the fenced piece of land in front of the Library, known as Brixton Oval, which was used to pasture sheep until c.1900 (top view) and was later bought by Lady Tate and made into a public garden in 1905 (shown below, with the bust of Sir Henry Tate in the centre of the garden). The Brixton Theatre, seen to the left of the library, was opened in September 1896. It was destroyed by a bomb during the blitz in November 1940 and later demolished. Linskey Postcard Collection.Ref: SP2402, LP288 Neg