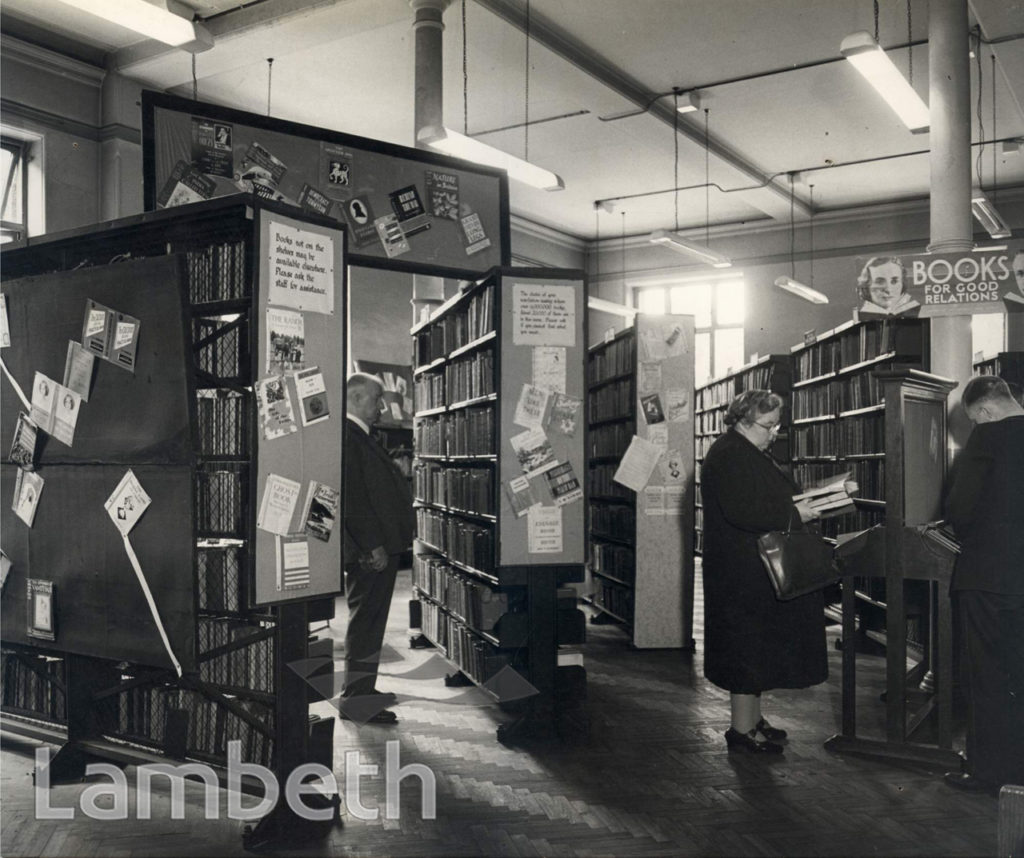 Interior of the Tate Library, Brixton. The library was donated to the public by Sir Henry Tate, the sugar magnate (Tate and Lyle), and opened by the Prince of Wales in 1893. The gardens, which were used to pasture sheep until the late 1900s, were bought and donated by Lady Tate in 1905.Ref: LP16/940