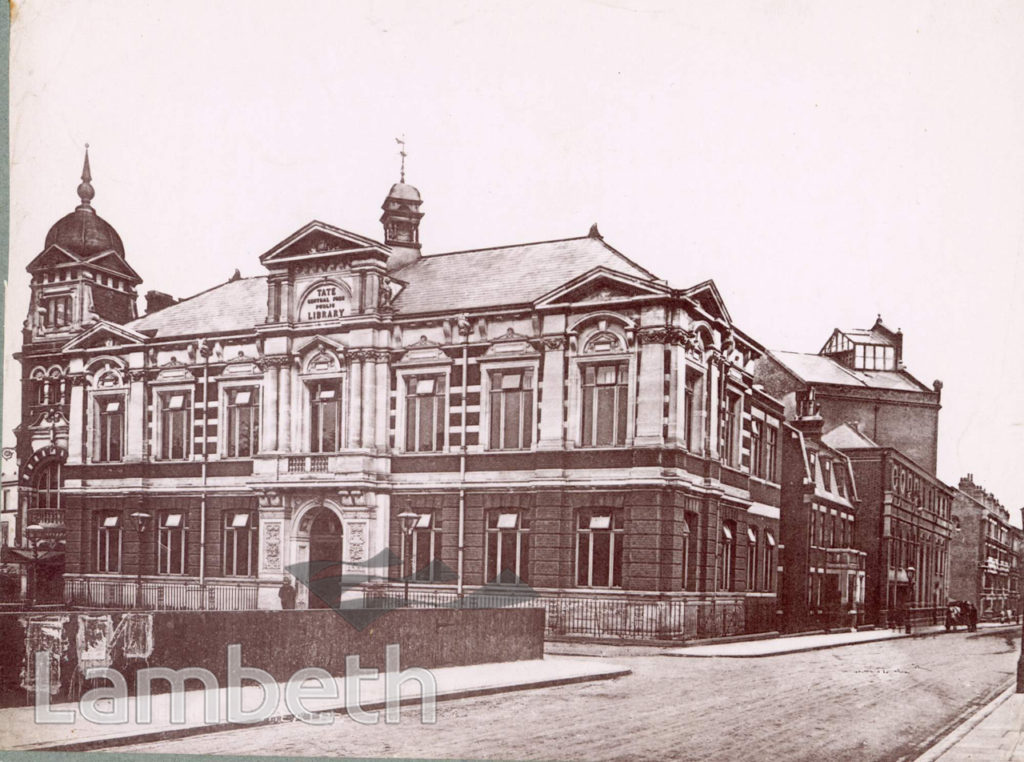 The Tate Library, Brixton. The library was donated to the public by Sir Henry Tate, the sugar magnate (Tate and Lyle), and opened by the Prince of Wales in 1893. The Brixton Theatre adjoining behind was badly damaged by a bomb during the blitz in November 1940, and was subsequently demolished.Ref: IV/63/18/1/9