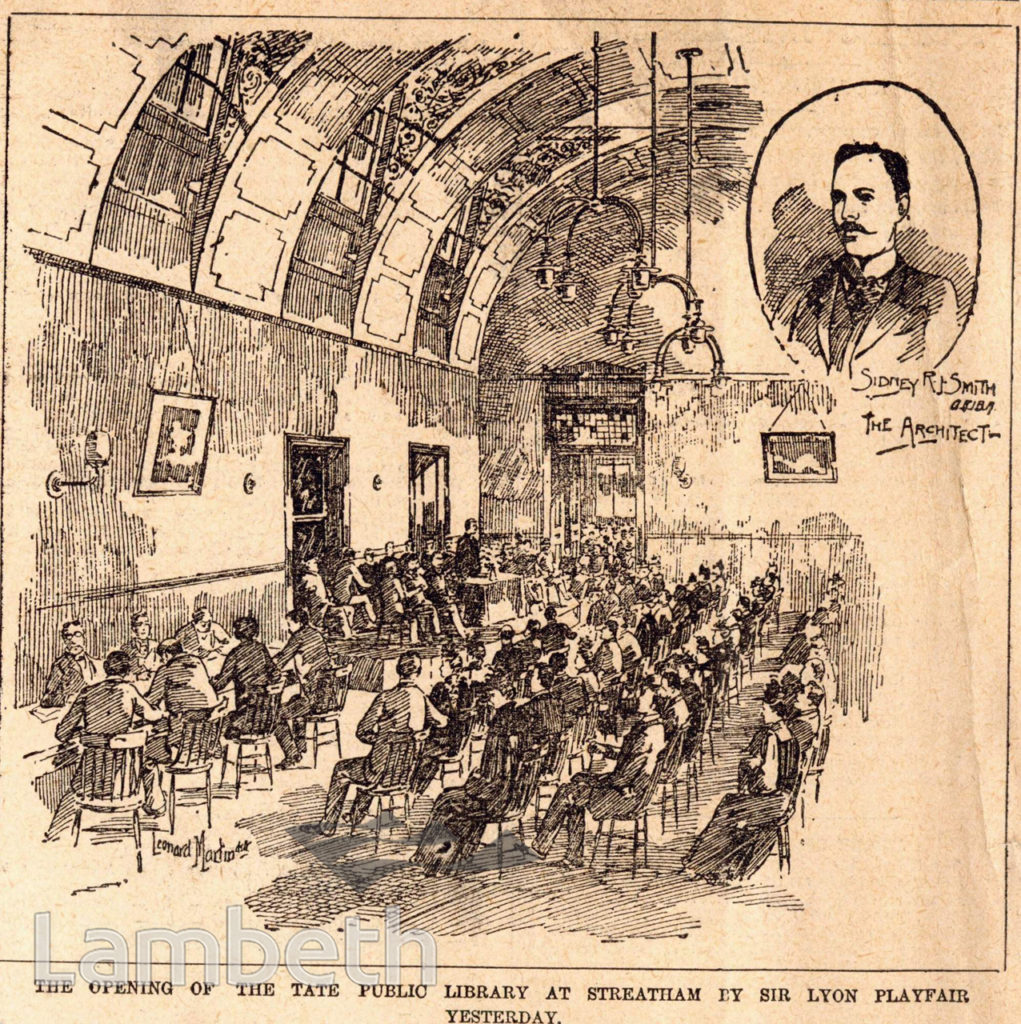 Illustration showing the interior of the Tate Library, Streatham, at the opening ceremony. It was one of three funded by Sir Henry Tate, the Tate & Lyle sugar magnate and philanthropist, who lived in Parkhill, Streatham. Designed by the architect who also designed the Tate Gallery, Sydney R.Smith, it was opened by Sir Lyon Playfair M.P. in April 1891. Ref: IV/40/14Article in The Daily Graphic, April 18th 1891