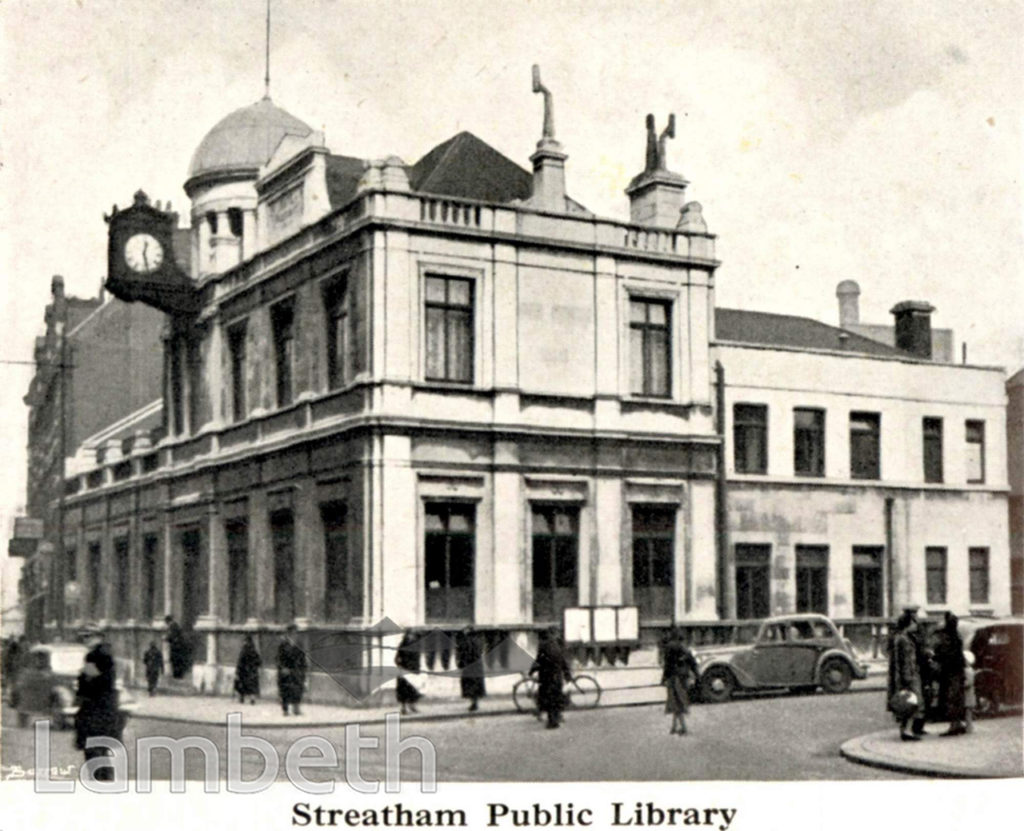 The Tate Library, Streatham High Road, at the junction with Pinfold Road seen on the right. It was one of three funded by Sir Henry Tate, the Tate & Lyle sugar magnate and philanthropist, who lived in Parkhill, Streatham. Designed by the architect who also designed the Tate Gallery, Sydney R.Smith, it was opened by Sir Lyon Playfair M.P. in April 1891. The clock, commemorating King Edward VII, was unveiled by the Mayor of Wandsworth in October 1912. Photograph published in the Wandsworth Official Guide, 1948.Ref: 21/p.76