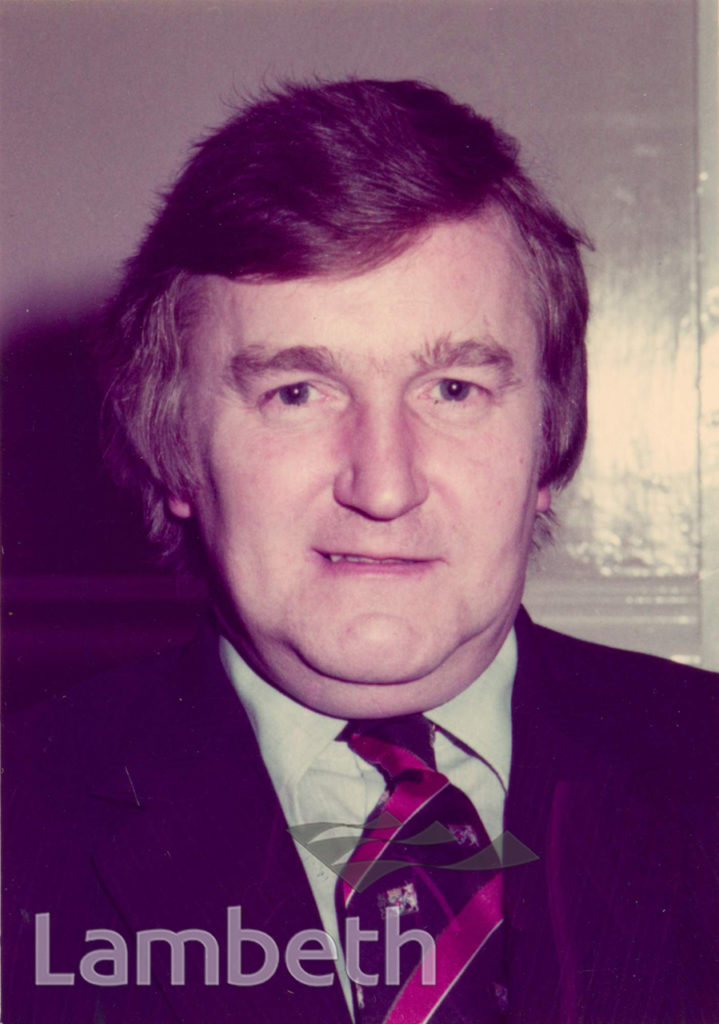 Ted Knight, Leader of Lambeth Councillor in the 1980s. From the Left of the Labour Party, Knight became known as 'Red Ted' and from the 'Looney Left' in the popular press because of his refusal to set a rate in protest against rate capping. This was introduced in 1984 by the Conservative central government to control high-spending local authorities. Lambeth became the last authority in Britain to set a rate, resulting in thirty-one councillors being disqualified from office and surcharged. Ref: LBL/DTP/UD/7/1567