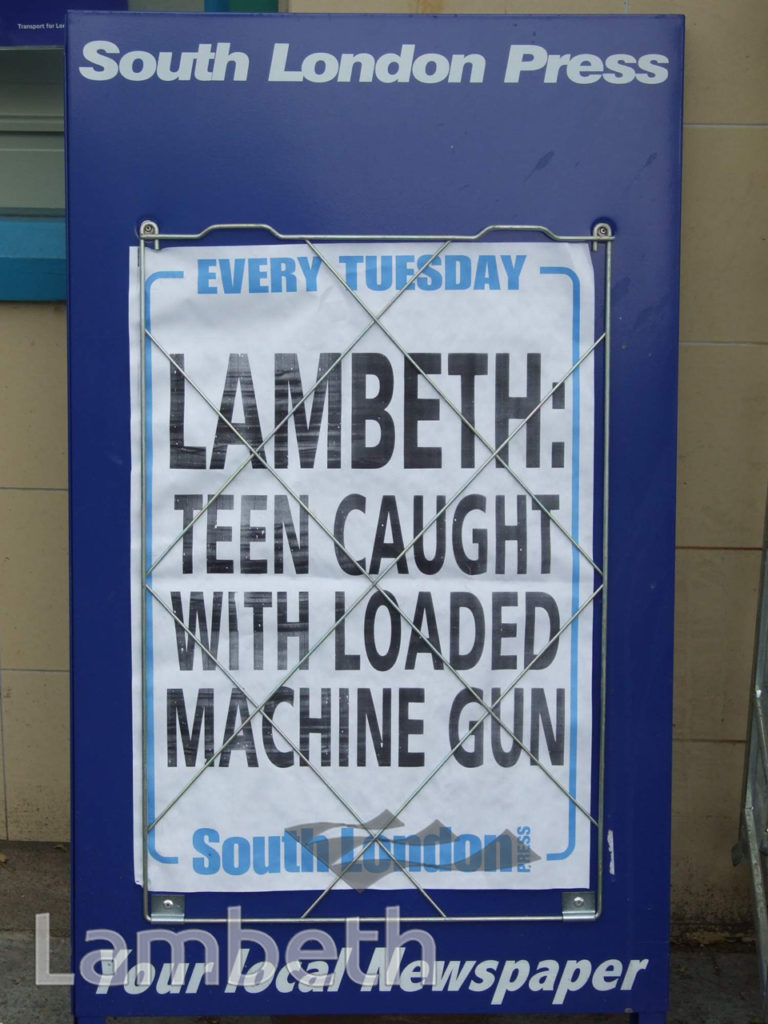 A South London Press headline in Vauxhall Street refering to a Lambeth teenager's possession of a loaded machine gun. The incidences of teenage gun and knife crime were constantly brought to the public's attention by the news media throughout 2008. Digital image dated 17th July 2008.Ref: D90/67