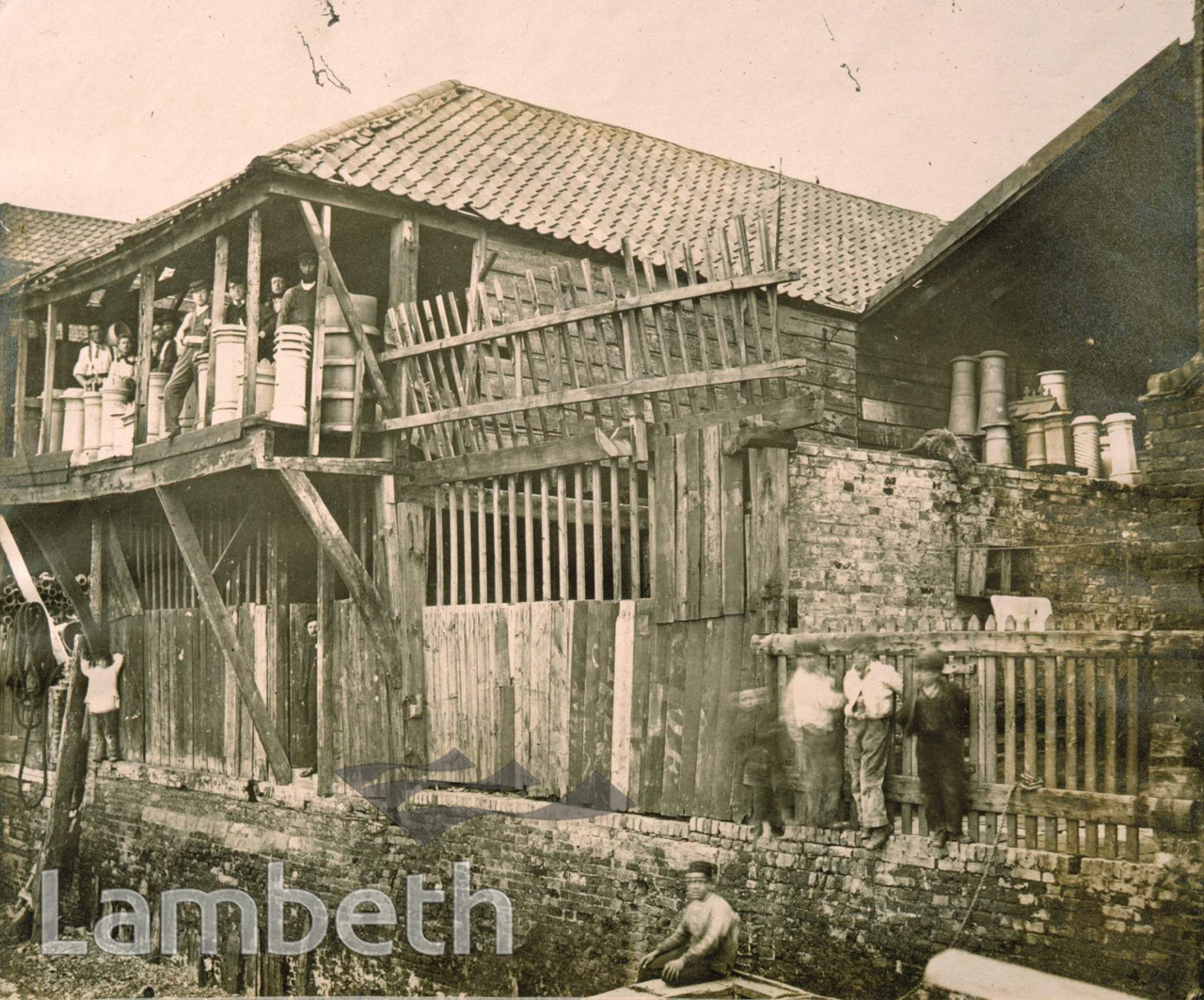 'This is the riverside back view of Smith's Pottery, and shows the conditions of factory life, half a century ago. The men worked largely in the open air, and the boys, as shown, of eleven and twelve years of age were freely employed. This was afterwards largely rectified by Lord Shaftesbury and other philanthropists' - Charles Woolley quote, 1915. Smith's were drain pipe and chimney pot manufacturers of Princes Street, Lambeth. Photograph by William Strudwick (1834-1910). He also worked as an architect, artist and writer. He lived for much of his life in Lambeth, but died in the Infirmary at Croydon Workhouse and was buried in the Paupers' Cemetery.
#1850 - 1875  #BUILDINGS / ARCHITECTURE  #COMMERCE AND INDUSTRY  #LAMBETH  #People  #Photograph  #RIVERS AND WATERCOURSES  #Strudwick  #TRADE
⇐ST MARY-AT-LAMB...