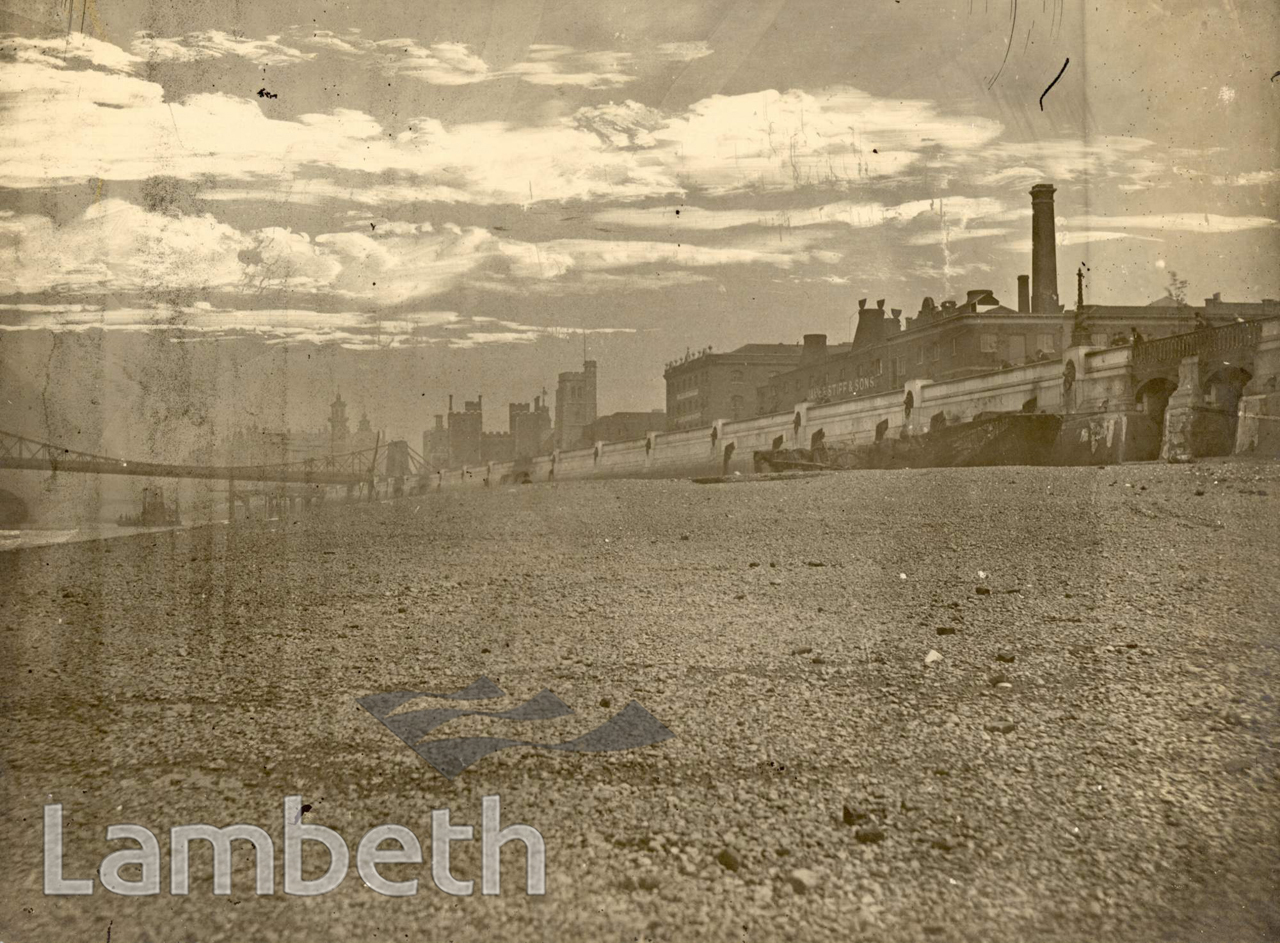 View north along the foreshore towards Lambeth Bridge after the construction of Albert Embankment. The resting barges are being unloaded by horse and cart into the free dock, near Broad Street (now Black Prince Road) and accessed through the bridged arches. Charles Woolley noted in 1915, ' The highly ornamental bronze lamp stands, and the lions' heads, which were designed to carry chains for life-saving purposes at high water, were designed by Mr. Charles Henry Mabey, the sculptor, of Vauxhall Bridge Road'. The cost to erect and maintain the lighting was disputed by the L.C.C. and the Lambeth Vestry, however the responsibility was taken by the former. Photographed by William Strudwick (1834-1910), who also worked as an architect, artist and writer. He lived for much of his life in Lambeth, but died in the Infirmary at Croydon Workhouse and was buried in the Paupers' Cemetery.
#1850 - 1875  #COMMERCE AND INDUSTRY  #LAMBETH  #Photograph  #RIVERS AND WATERCOURSES  #TRADE
⇐LAMBETH PALACE ...