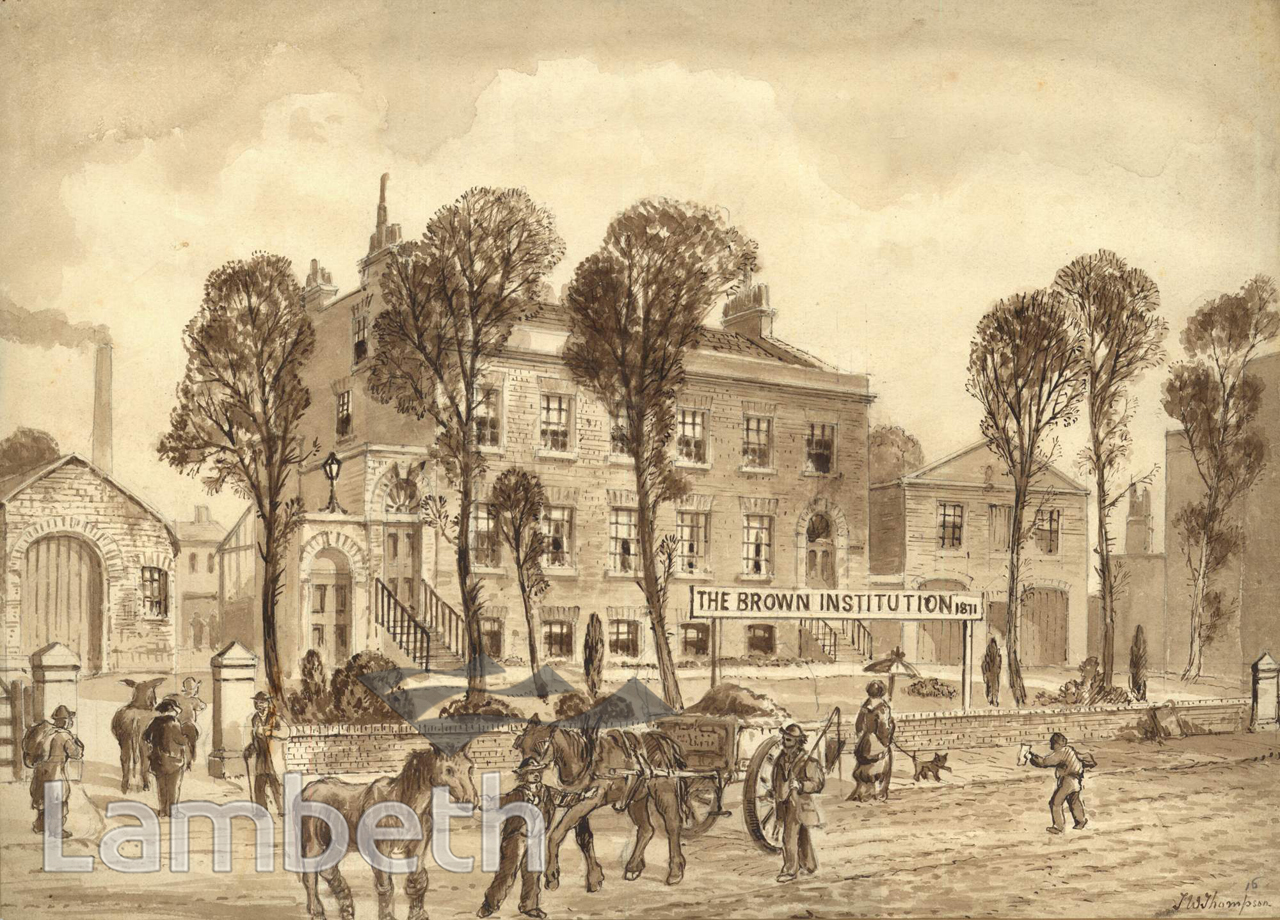 The Brown Institution in Wandsworth Road, Vauxhall, was founded in 1871 as Britain's first animal hospital and veterinary research laboratory. It was named after Thomas Brown, who left Â£20,000 to the University of London to endow a charitable trust. The hospital was closed after being bombed five times during World War II.Pencil and wash drawing by T.W.Thompson
#1850 - 1875  #ANIMALS  #Pen and Ink  #VAUXHALL
⇐STANGATE, LAMBE...