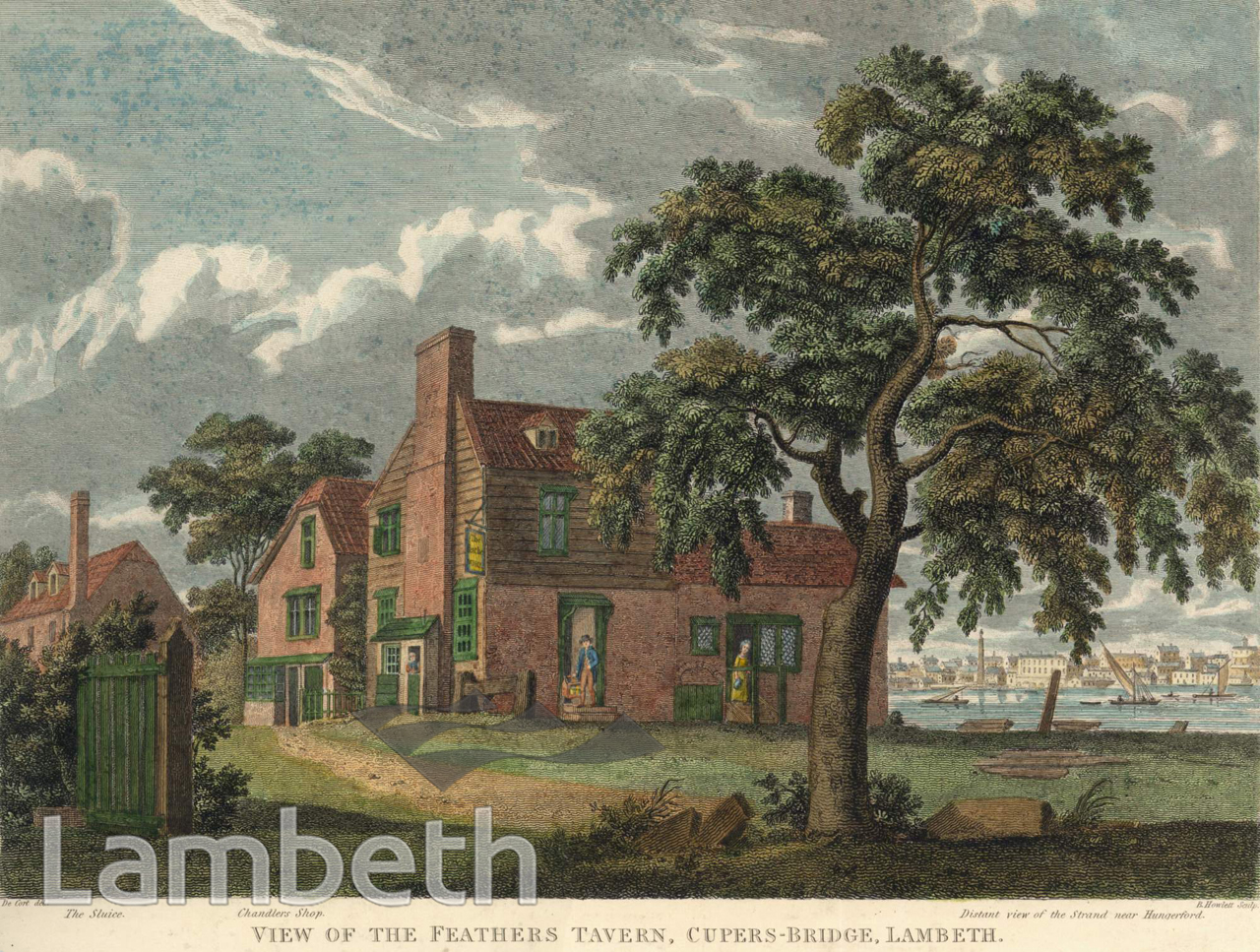 The Feathers Tavern at Cuper's Bridge, Lambeth (now Waterloo). Adjacent on the left is a chandler's shop. The tavern was first recorded in 1760, but was rebuilt when Waterloo Bridge was constructed immediately behind these buildings. It closed in 1951 and was demolished.Coloured engraving by B. Howlett after a drawing by H. de Curt. Published 1st January 1825 by Robert Wilkinson.
#-Before 1850  #FOOD AND DRINK  #INNS AND PUBLIC HOUSES  #OPEN SPACES  #Pen and Ink  #RIVERS AND WATERCOURSES  #WATERLOO
⇐THE BROWN INSTI...