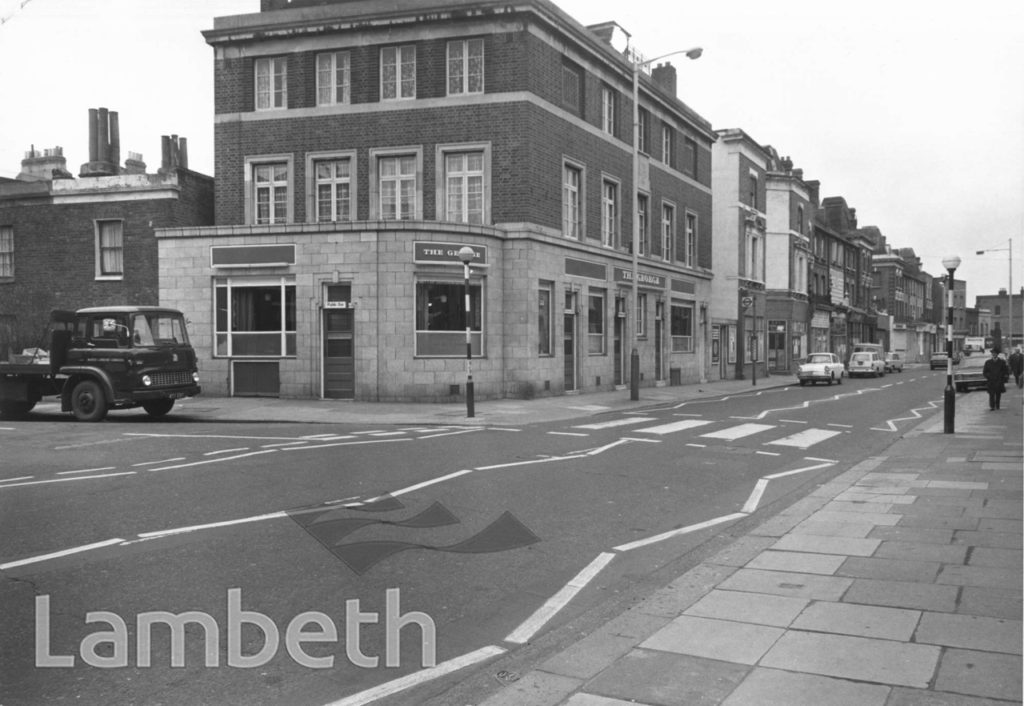 The George, a public house built in the 1930s on Railton Road, Brixton. The pub was destroyed during the 1981 Brixton riots. A South London Press report at the time stated: 'The burning of the George pub in Railton Road was undoubtedly an act of revenge for years of racial discrimination. In the early 1960s it was the scene of demonstrations on this issue and in 1966 its then manager was reported to the Race Relations Board. There was more trouble in 1975 when the licensee banned gays'.Photo by Art-Wood PhotographyRef: LBL/DTP/UD/2/1/18/124