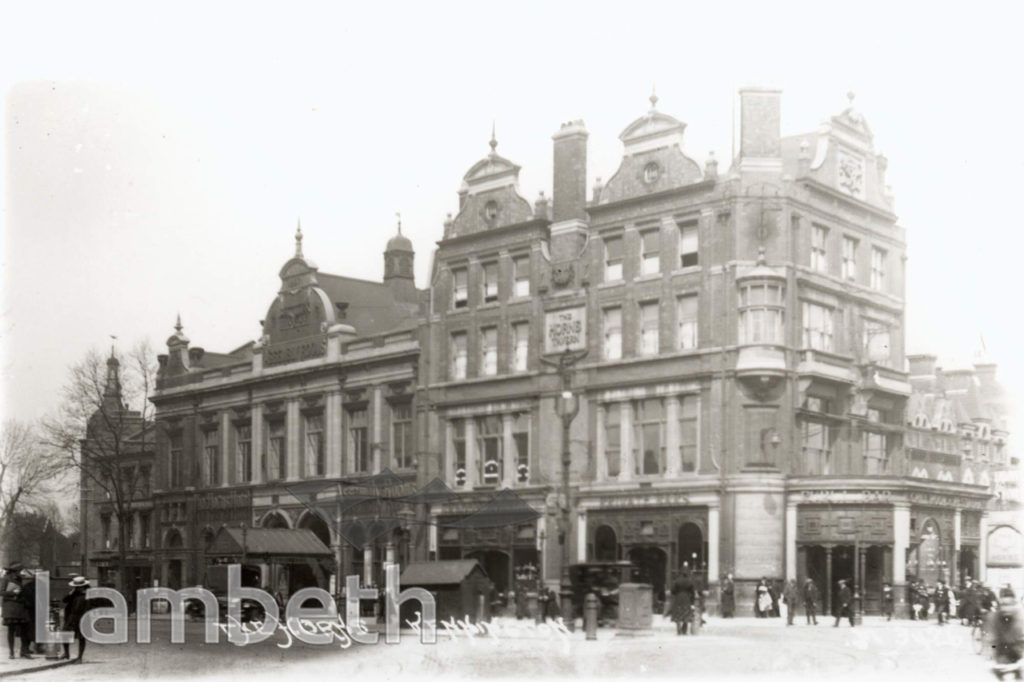 The Horns Tavern and Assembly Rooms on the corner of Kennington Road and Kennington Park Road. Originally known as the Green Man and Horns, the Georgian tavern was rebuilt in 1887 to the designs of Messrs Crickmay and Son, seating 1,000 people in the large assembly rooms. These rooms were badly damaged by a flying bomb on 16th August 1944 and although the pub was repaired, it was demolished and being replaced by a government office block c.1965.Ref: SP1326