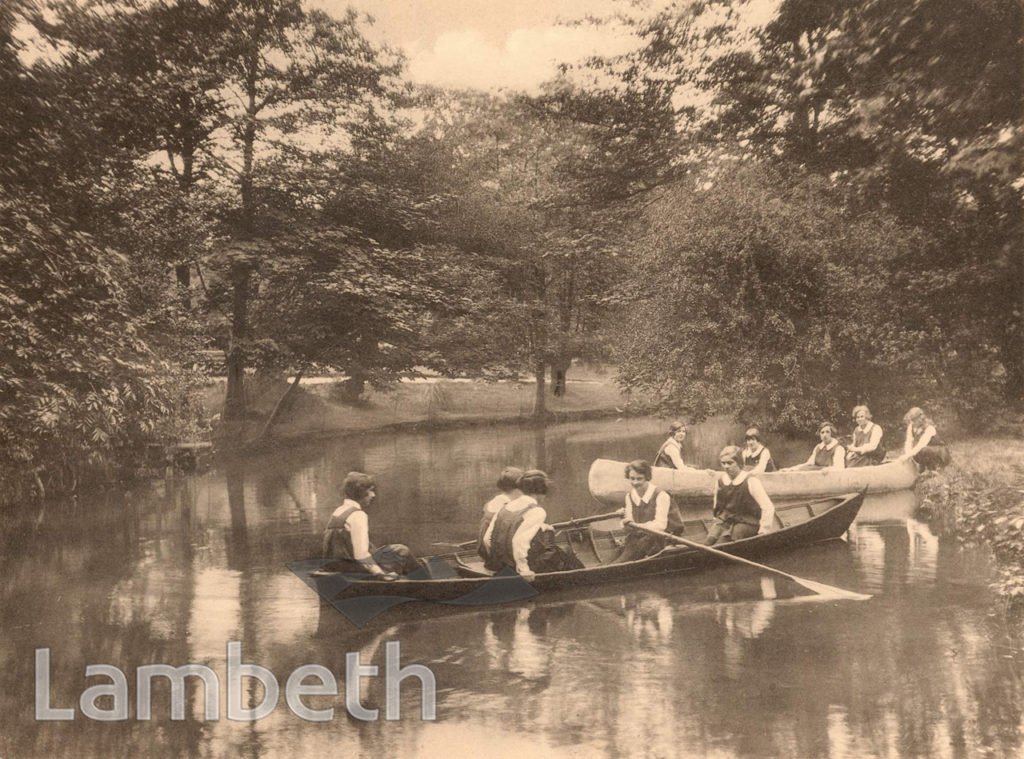 Pupils boating on the lake in the grounds of the Convent of Notre Dame, Clapham Common South Side. The estate was originally the residence of the Thorntons. John Thornton was an Evangelical and a philanthropist who lived here until his death in 1790. His son Robert lived in the adjacent house. In 1851 the estate was bought by an order of Belgian Catholic nuns and was run as a convent school. In 1939 the sisters left and the estate became derelict until after when the war the Notre Dame council housing estate was built on the site. The Thornton's Orangery survives and is noted for its Coade stone decoration. From a booklet photographed and published by P. A. Buchanan & Co Ltd, Thornton Heath, Surrey.Ref: SP4041/10